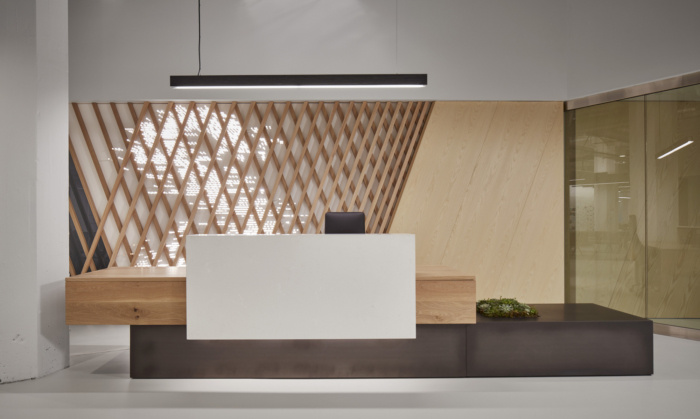 World-renowned creative and branding firm VSA Partners occupied a large footprint in Chicago‘s historic Montgomery Ward building. The firm planned on leaving their space and taking over an adjacent lease, hoping to maximize a strategic design budget in the move. OKW made full use of the building‘s muscular architecture, large floor plates, and the previous tenant‘s plan to create a dynamic office space partitioned diagonally with furniture and columns.

The result is a space that relies on the inherent charms of the building‘s historic architecture, while representing the agency‘s brand in subtle ways. In addition to carving out angular millwork slats on in the lobby and collaboration areas, the floor plan itself is at a slant, which evokes the agency‘s lettering. Thanks to this design concept, the office feels engaging and bright, despite having windows on only one wall. 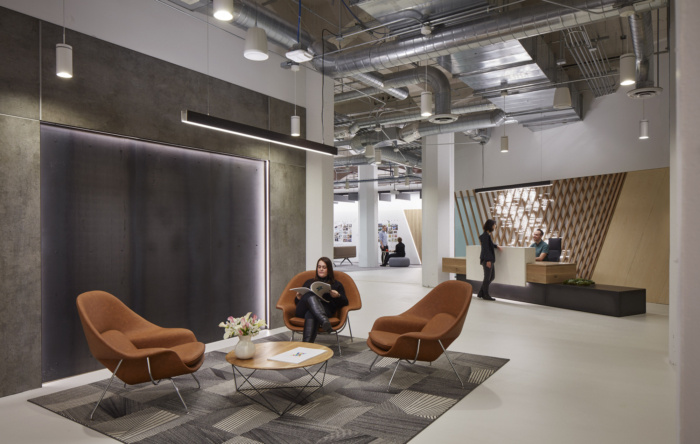 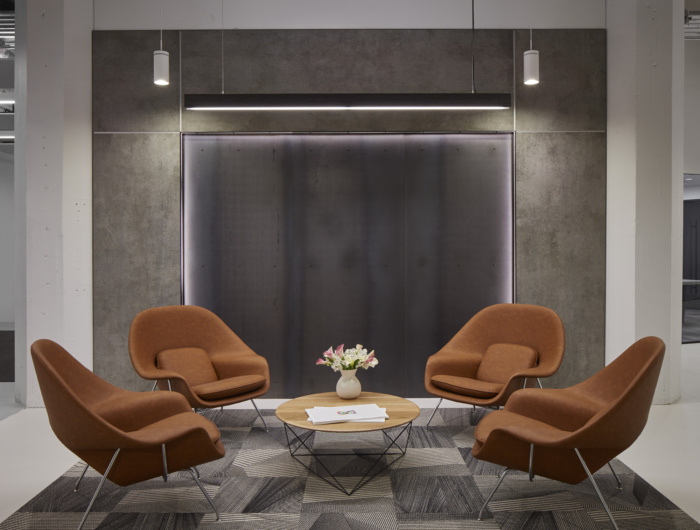 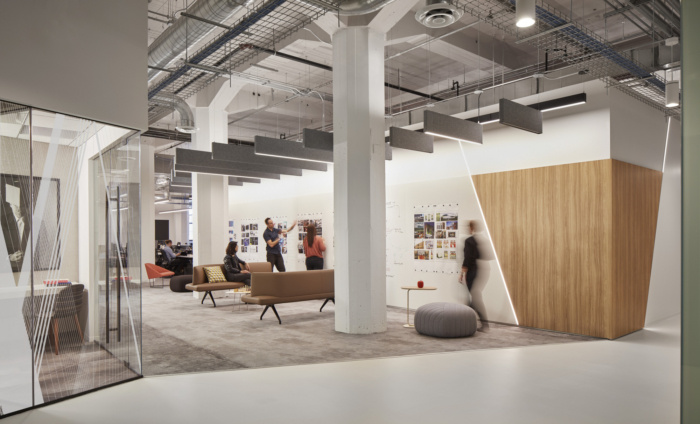 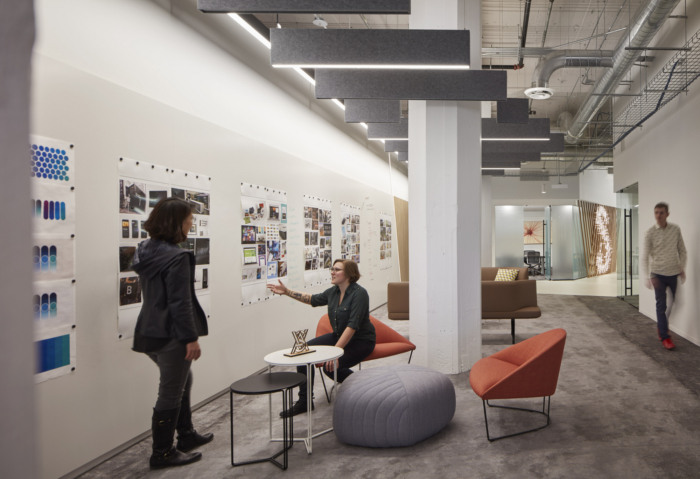 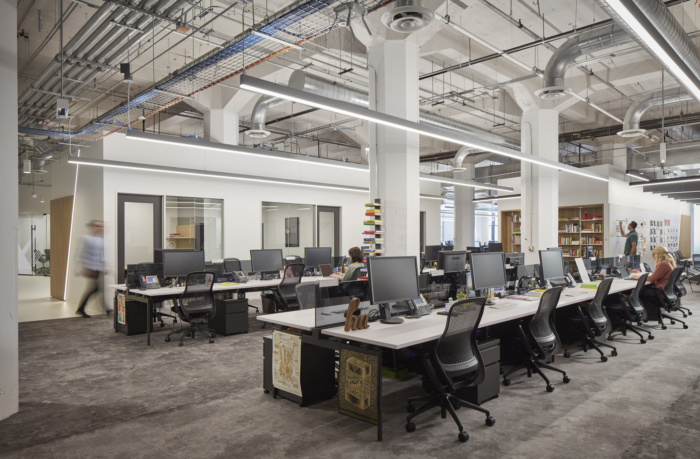 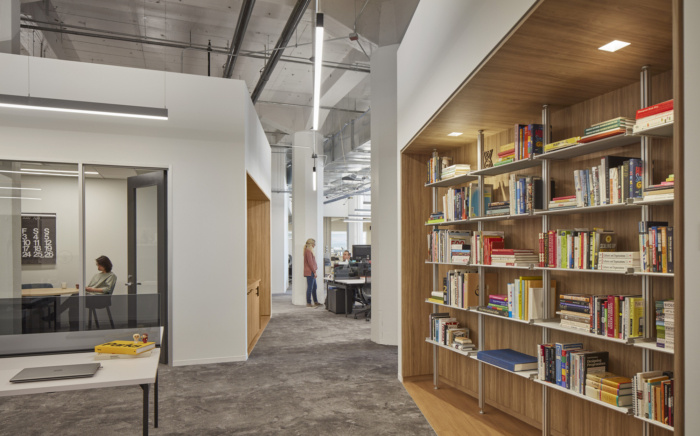 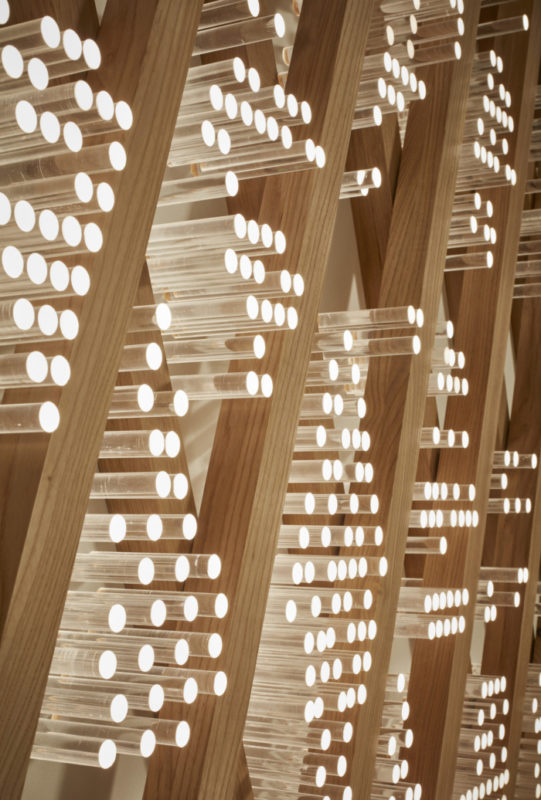 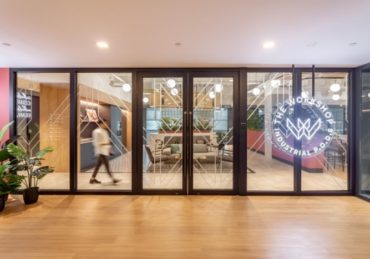 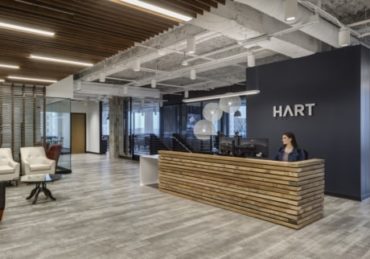 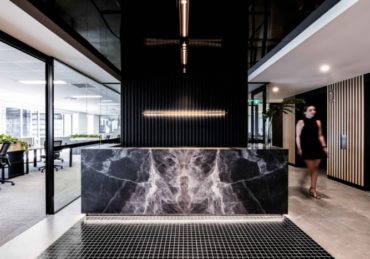