﻿The Soul Of Kia

Kia has Soul and is trying to sell it to the American car buyers. But this probably comes as no surprise to the American public The Soul we are talking about was announced earlier this year in 2007 at the International Auto Show. It is believed that this car was named “Soul” to represent the cars Korean origin and the combined efforts of both Korea and their North American counter parts in California. The 2008 Kia Soul combines tastes and design in an effort to bring new life to a concept car that truly does have a soul of its own.

Kia’s new Soul concept car has a design that hopes to attract a younger, more active group of buyers. The modern stylish package offered standard along with new exterior features puts it all together for those looking for taste and style all in one.

The interior of the Soul is cram packed with one awesome and fully customizable multimedia communications system. In addition, mood lighting, a wide cargo area and a remote powered lift gate rounds out an interior that meets everyone’s expectations and then some.

When we look closer at the exterior of this wonderful pint sized new vehicle, we find a roof that houses not just one but two sun roofs, one in the front that is moveable and a rear window that is hinged. This design creates a panoramic sun/moon roof that adorns the Kia Soul’s sloped roofline. This allows Kia Soul occupants to enjoy open-air driving while also taking advantage of panoramic views. In addition, the Soul’s roof features adjustable roof racks integrated into the design. This design is intended to create an open, uninterrupted passenger cabin.

To add additional style to the interior, the audio systems speakers were made part of the overall design by making them a different color than the dash board which allows them to stand out. The small thin framed seats are a slight shade off the color of the speakers, and provide seating for four with a long center console that divides the first and second rows.

With its efforts to appeal to a younger more active generation, and realizing that today’s vehicles are becoming more of a mobile office, the Soul comes equipped with a video game monitor and a laptop computer that swings out of the glove box. The design allows it to be operated from either the driver or passenger side seats.

The hip, urban feel of the Kia Soul is enhanced by unique interior lighting. Rather than utilizing a standard dome light, lighting shines from around the moon roof, as well as from the trim of the door panels.

Kia wants to inspire passion in young car buyers, and to accomplish this, the Kia Soul will provide a unique and dynamic vehicle in the increasingly crowded compact SUV market allowing the Soul Concept crossover SUV to be its roadmap to success.

Kia Motors is stepping outside of the shadow of its competitors and making a significant place for itself in the key SUV sector. 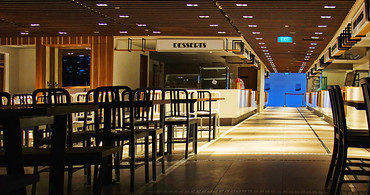