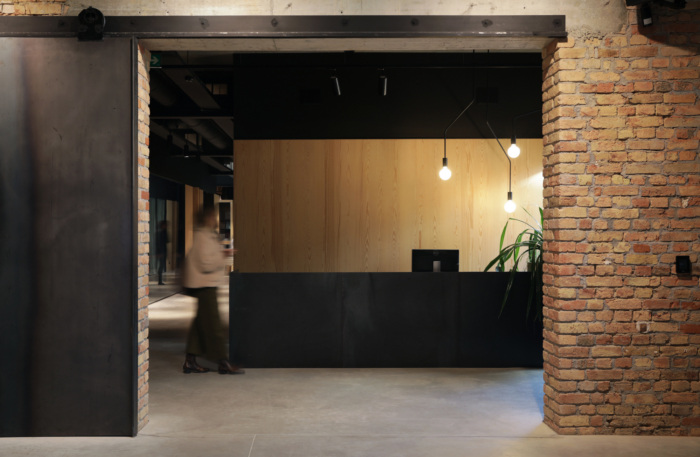 Urania Cinema/Theater is one of numerous old cinema buildings built in the city of Zagreb in the early 20th century. Those cinemas were spread within the urban blocks across Zagreb’s Downtown. With the opening of new and modern multiplex theaters 20 years ago, the old Zagreb cinemas have gradually started to die out, and the buildings, neglected and empty, started to deteriorate.

The old Urania cinema is a typical back-building in the block of Kvaternik Square. Although built in 1939, the entire concrete structure of the building was very well preserved with all the supporting pillars, the main arches in the large hall and all the ceilings. The ceilings are a special example as one of the first concrete structures with longitudinal repetitive narrow structural ribs from that period. That beautiful example of early concrete engineering technology was worth preserving, restoring and renovating.

Despite its age, the building has good predispositions to be adapted, converted and reused as a new office and public space. We kept three of the four original building volumes; the three-storey entrance foyer and office building, the big lobby and the spectacular main double height cinema hall. The only new addition is the glass pavilion, which originally served as an entrance space of the cinema.

The former cinema hall had a basilic cross-section with a 9m high central volume and two 3m high side aisles. The biggest challenge was converting this space without any natural light into a functional workspace. During the reconstruction the central volume was divided into two floors. Light was introduced into the ground floor by converting the old cinema halls side aisles into open atriums. On the first floor, the light was provided through the roof – three-meter-wide skylights were placed on the roof, through the entire length of the hall.

Most of the original structural materials have been retained with minimal intervention – original brick walls, raw plaster, concrete on floors and ceilings; while all new equipment is made of three materials – oak for floors and spruce veneer and raw steel for wall cladding and interior finishing’s.

The new Urania houses public spaces for various cultural events and a couple of office spaces. A multipurpose hall equipped with multimedia and stands is connected to a café bar with a patio and a roof terrace. It will be a point of social gathering and public activities, as well as a space for numerous events such as educational workshops, presentations, exhibitions, concerts, screenings and the like.

Transformation of this building was done by thorough research, excavation, adding, and connecting spaces that will support communication and exchange between its occupants and the neighboring community. The project integrates new cultural spaces into the existing historic fabric. 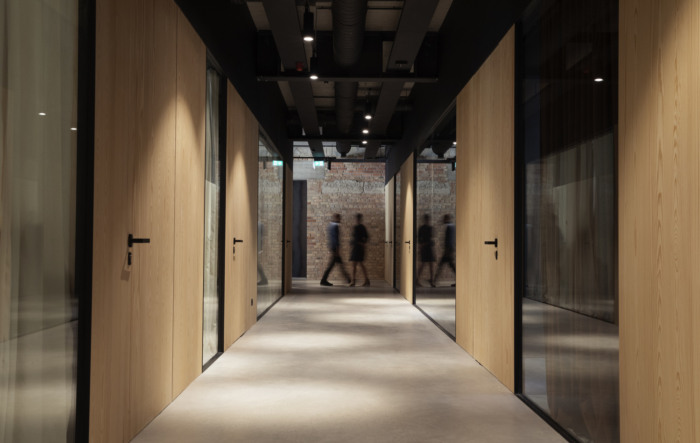 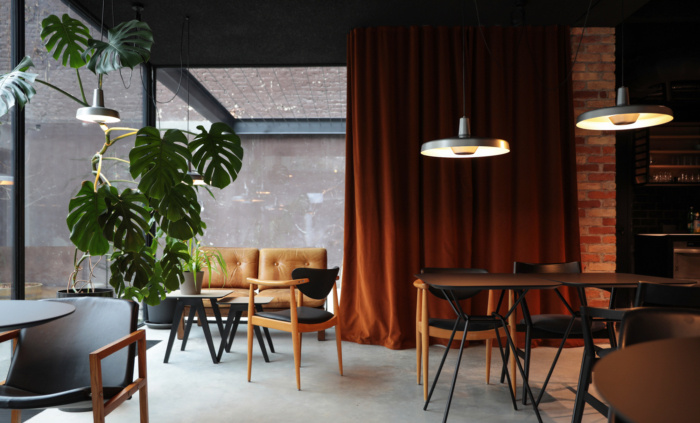 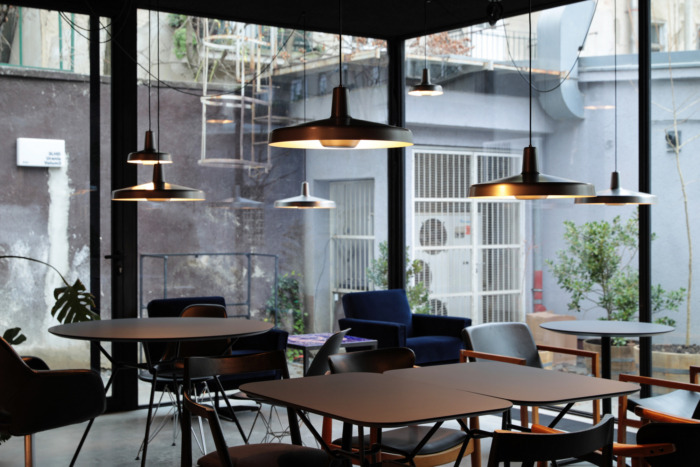 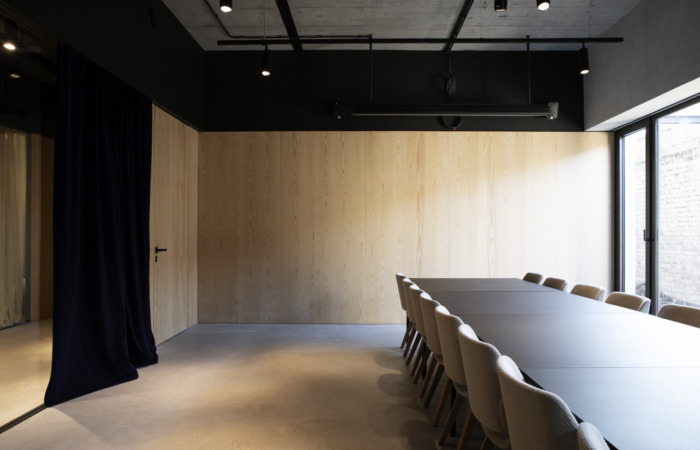 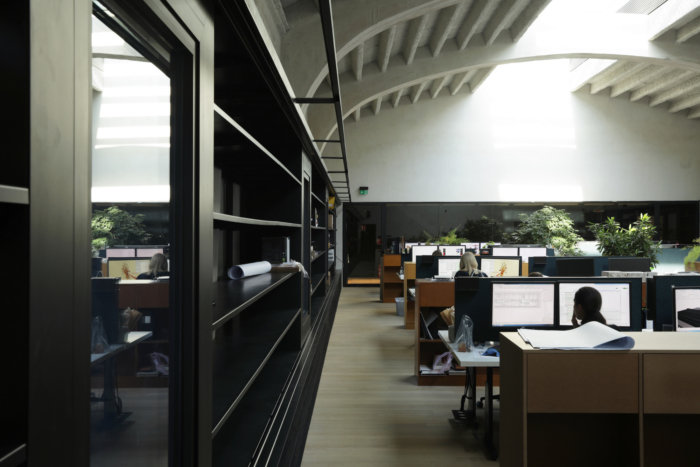 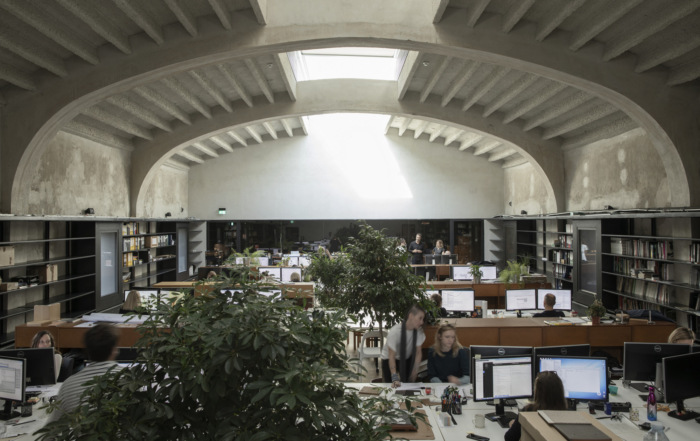 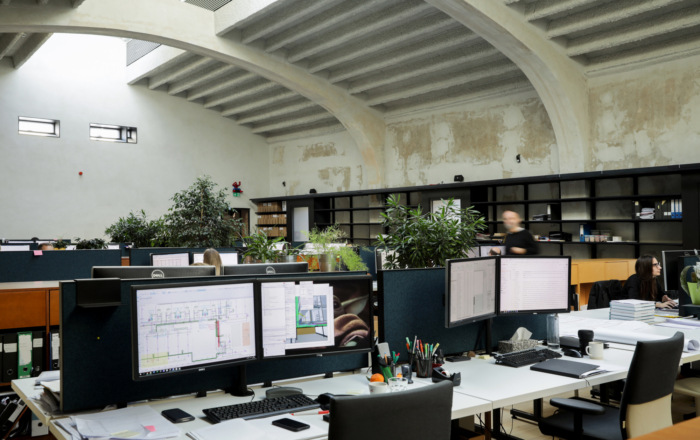 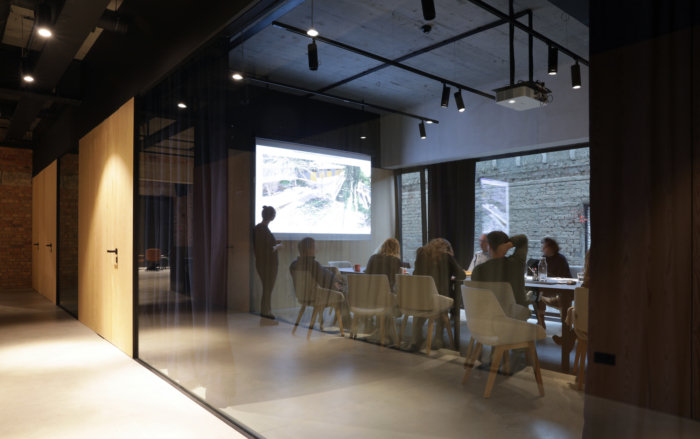 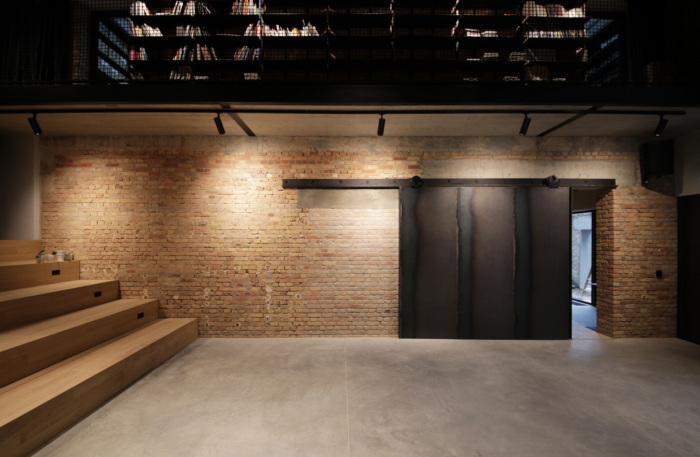 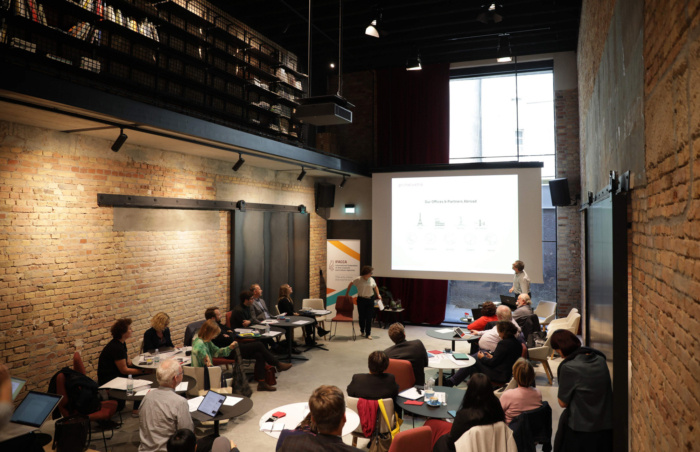 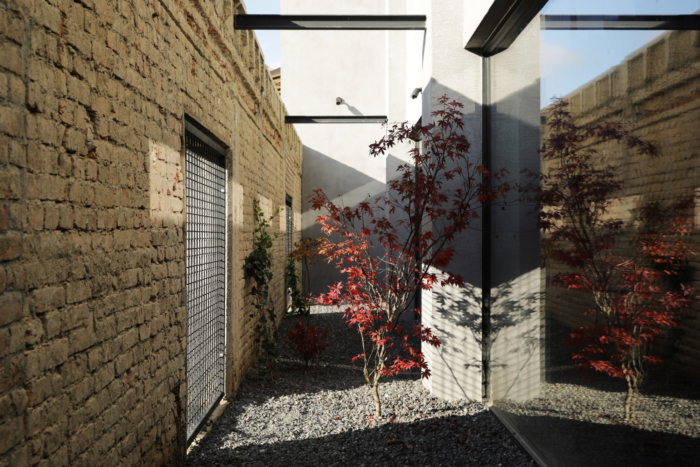 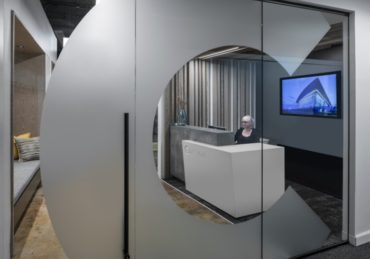 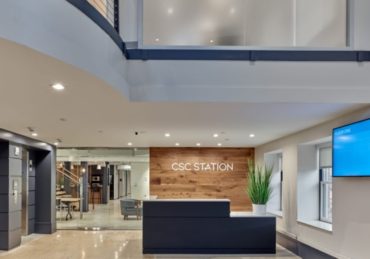