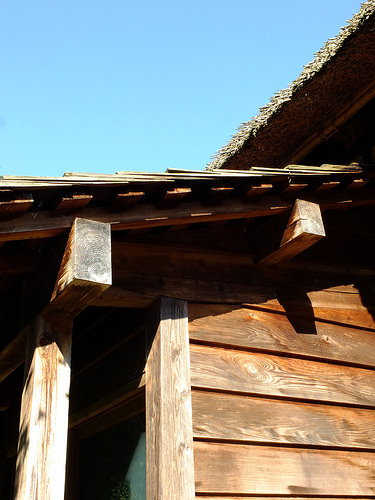 Image by failing_angel
The Minka House, a traditional Japanese farmhouse, stands amid the Bamboo Garden.
This Minka House originally stood in Okazaki City, central Japan. The Yonezu family lived in it, after their main house was destroyed by a bomb in 1945. After the last of the family died it was donated to Kew by the Japan Minka Reuse and Recycle Association.
Most country people in Japan lived in minkas until the mid-20th century. Minka means ‘houses of the people’. Minkas were not cemented down to allow them to move during an earthquake.
A frame of pine logs are tied together with rope, wattle and daub walls and a lime-washed exterior. Japanese carpenters reinstated the joints which are constructed without nails. British builders who worked on the Globe Theatre in London built the mud wall panels.
[Kew Gardens website] 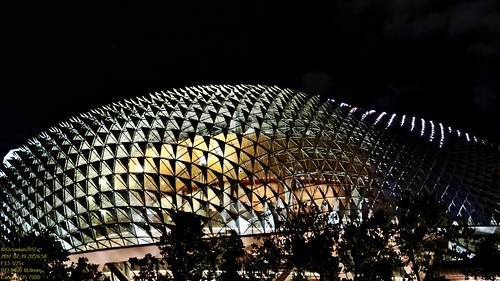 The durian on the roof..