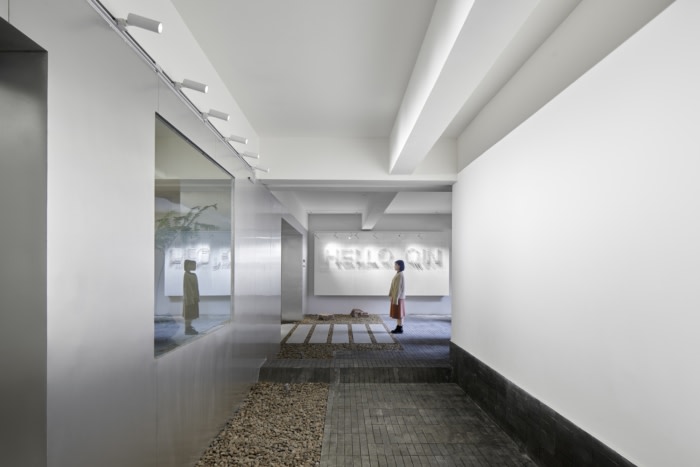 Qin Group is a West China-based full chain platform agency in the advertising industry. They are a regular customer of Studio DOTCOF, which designed their head office in Chongqing four years ago. They have now commissioned Studio DOTCOF to design the new office for their Chengdu branch.

The site conditions are very tough. The customer’s rented space consists of two adjacent, independent units separated by thick walls into two spaces, left and right, that are only connected by an external corridor. The space is a long, narrow, deep rectangle, and the natural lighting in the middle is very poor. In addition, the beams are spaced relatively densely, and clearance under the beams at only 2.6 meters is low, which is a little depressing.

Studio DOTCOF has presented the concept of “working under the same roof”, which is a metaphor for collaboration between different branch companies on the group platform to develop and grow together. It has designed a number of long, white, cylindrical ceilings to form the semblance of large eaves. Then with light bars shining upward to brighten it, the light is guided through the arched ceiling and then refracted, forming a bright, soft, and diffusely-lit atmosphere. The long, cylindrical ceiling has put the untidy pipelines of the bare roof above out of sight, and at the same time the slight upward arch renders the low clearance less perceivable.

In order to enhance the sense of connection between the two sides, Studio DOTCOF placed mirrors on the upper halves of the walls, creating a visual extension of the space and the “big eaves”. The wall that separates the two spaces was also opened up and replaced with fire shutters to the extent permitted by code. This allows people to freely shuttle back and forth between the two spaces. The desks are positioned to extend the lateral style and connect the two spaces. 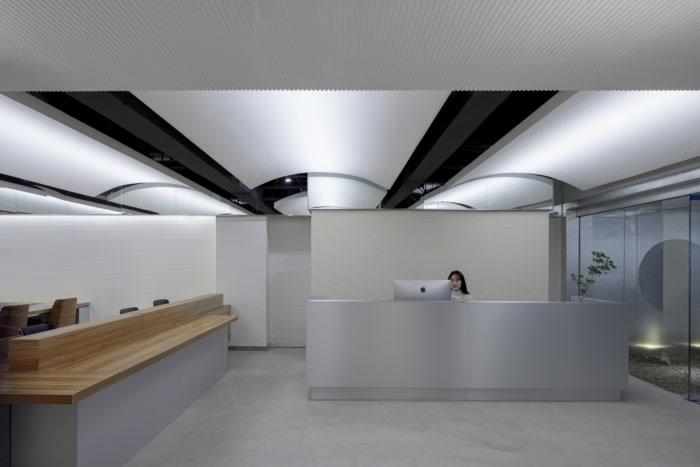 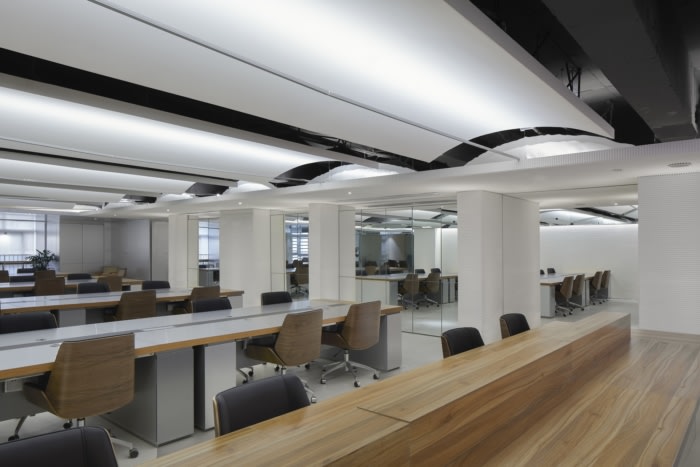 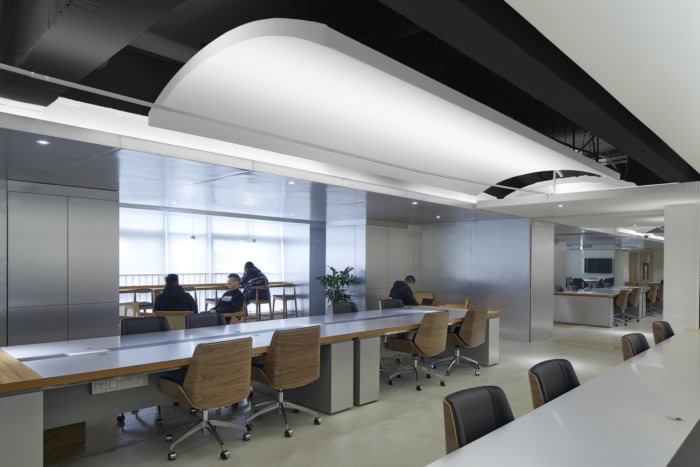 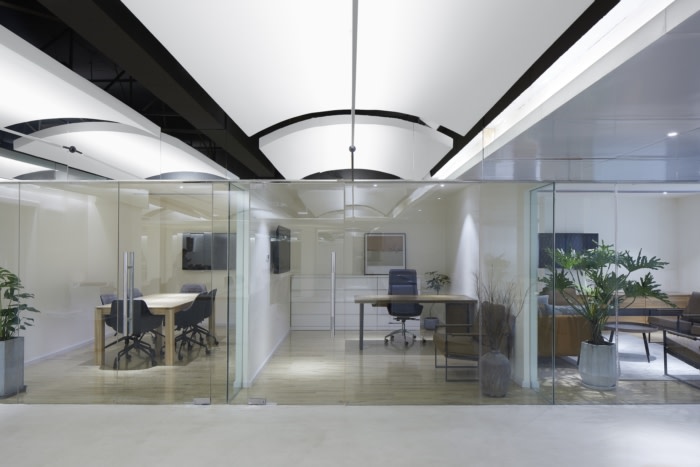 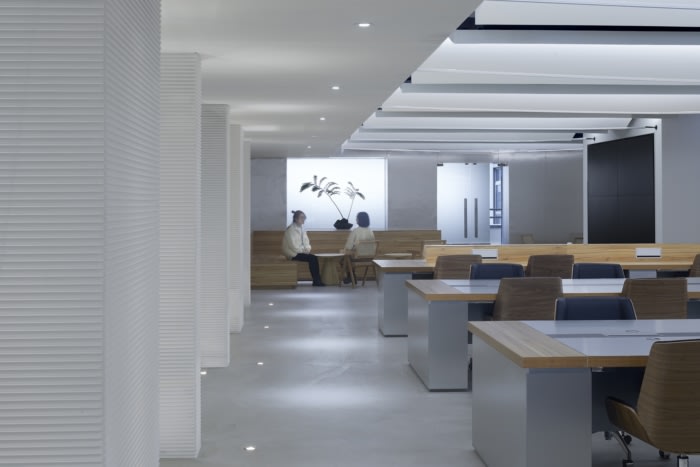 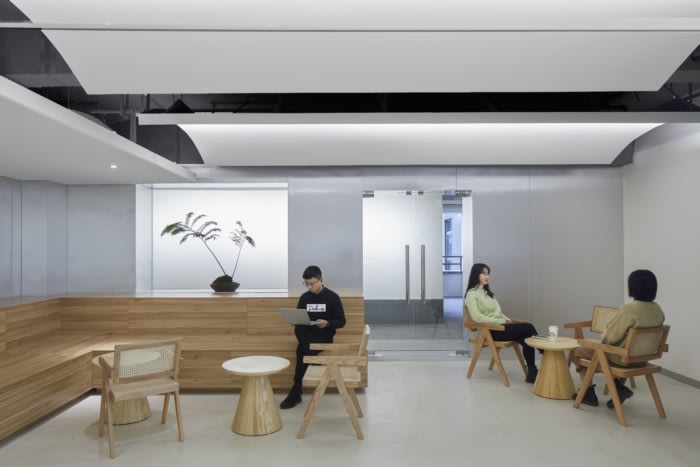 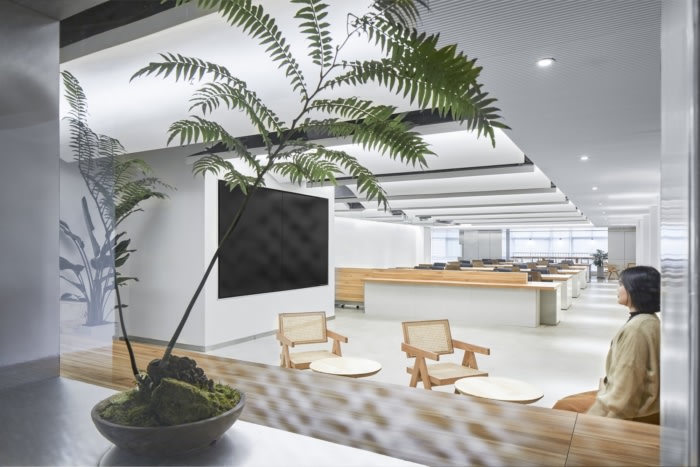 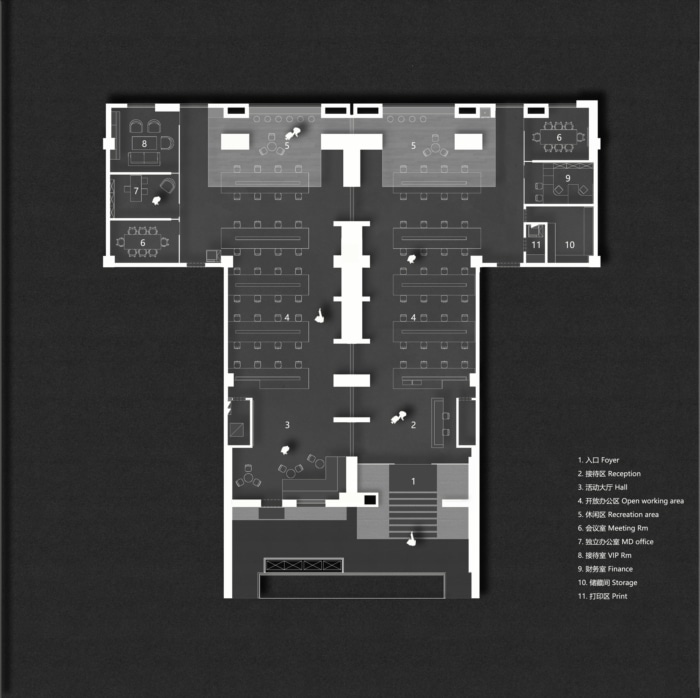 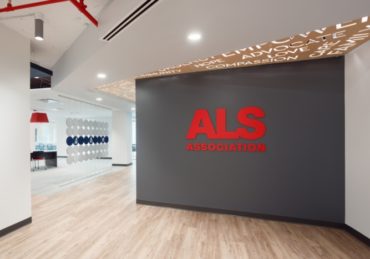 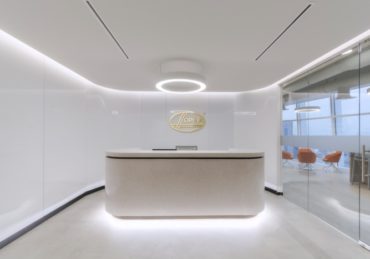 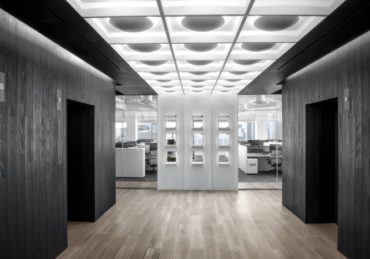