Electrical wire has been in use in home construction for over 100 years. Electrical wiring refers to insulated conductors used to carry electric current to electrical devices in your home. Modern homes and the high use of electrical appliances can typically have several miles of electrical wiring strung throughout the home. If you are a DIY handyman that has the skill to do your own wiring you should be familiar with the different types of home electrical wiring and the code that applies to standard household wiring.

Residential electrical wiring safety codes are intended to allow the most effective transfer of electrical energy while at the same preventing damage or injury due to electrical shock or fire. The code provides for technical standards for materials and installation standards.

Most circuits in the modern homes are wired with non-metallic sheathed cable, often referred to by the brand name Romex. This type of cable is the least expensive for a given size and is used for dry indoor applications. The designation NM XX-Y indicates, respectively, the type of sheathing (NM means non-metallic), the size of the conductors (XX), and (Y) the total number of wire conductors less the ground conductor.  For example: A NM 14-2 cable Romex cable is a 14 gauge cable that contains three conductors (two plus one ground). The14 gauge cable in used for most of the electrical circuits in the home that are less the 15 amps.

Circuits with larger currents such as furnaces, boilers, heat pumps, water heaters, air conditioners, and electric heat circuits use a dedicated 12 gauge cable. The 12 gauge cable is limited to 20 amps by the code.  Dedicated means there is only one electrical device on the circuit.

For 240 volt applications not requiring a neutral conductor, the white wire is used as the second hot conductor, but must be re-colored with tape or by some other method.  For four-wire equipment there is a red conductor. For example, a light circuits that has more than one on/off switch use a NM 14-3 cable that has a black, white, red, and a bare/green ground conductor.

It is worth mentioning that aluminum wiring was used in the 1970s. Aluminum wiring became implicated in numerous house fires because of the improper installation technique. Most local codes no longer allow the use of aluminum wire for new home construction. If for some reason your local code does not limit its use, I recommend that you avoid the use of any aluminum electrical wire in your home.

These are the basic home wiring codes that a DIY homeowner should be familiar with before attempting a home electrical wiring job. Consult your building code officer or the national build electric code for more information.

Les Donovan is semi-retired and lives in the lakes region of central New Hampshire following more than four decades in the aerospace industry. He has extensive home building experience having build four house, built garages, porches, finished basements and attic rooms as well as made extensive addition to houses. For the most part, he built the house by himself and acted as a general contractor for some portions of those projects. These projects included framing, plumbing, electric wiring, finish carpentry, masonry projects, sheet rocking, wall papering, and interior exterior painting and landscaping. His website offers DIY home improvement projects and ideas for the DIY homeowner.  Visit our site at: http://www.homeimprovementplusperks.com/ 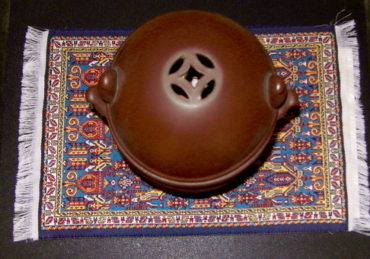