Hashtag is GQ magazine’s “Symbol of the Year”

When punctuation geeks assembled earlier this month at Punctuacon, our annual convention, we spent the usual two or three hours whining about the pathetic size of our gathering, compared to Comic-Con International in San Diego, Dragon*Con in Atlanta or any of those tiresome Star Trek conventions that draw multitudes to worship at the shrine of William Shatner.

We have no heroes like Shatner, just ourselves and our proud tradition of judging and promoting the images and ideograms of language — and our totally imaginary convention.

That should be enough, but a love for punctuation, signage and graphic symbols remains a lonely passion. It’s hard not to be bitter.

Why can’t the rest of the world understand that a well-designed semicolon or an expertly made STOP sign is every bit as enthralling as a mint Batman first edition, an early sketch of the Jedi, or a photograph signed by Margot Kidder herself? Why can’t they care about the tragically missing apostrophe on the logo of a certain coffee-shop chain?

Still, Punctuacon was happier this year than usual, mostly because we could forget about what had become at previous conventions the most melancholy issue on the agenda: Who will save the octothorpe?

The Big O is a sign with deep historical and cultural roots, part of our heritage. It didn’t deserve the neglect it suffered in recent times. It’s lived under many names: the hash, the crunch, the hex (that’s in Singapore), the flash, the grid. In some circles it’s called tic-tactoe, in others pig-pen. From a distance it looks like the sharp sign on a musical score. Whether you call it a pound sign or a number sign or anything else, it retains its identity. It’s so majestically simple that it always looks good, even if drawn by someone utterly without graphic talent. Good old #. It can’t go wrong.

Even so, it was in decline for years. After generations of vigorous life everywhere in the retailing world where numbers were written, it lost out to computerized invoices and receipts that simply ignored its value. In literature, after centuries showing printers where to put spaces, it was abolished by computers that do the same job with the touch of a keyboard.

It lost its proud place alongside the & and the @, on a shelf higher than both the © and the ®. After a while # appeared mostly in a cameo role on touch-tone phones, a serious comedown.

But lately the pendulum has swung again. On Twitter, the home of microbloggers, the octothorpe has a new career, reborn as the "hashtag." Tweeters use hashtags to catalogue their tweets. Someone writing about Miles Davis, for instance, will tag his name #Miles. Anyone coming after will be able to find all the tweets dealing with Miles. (You don’t have to wade through phrases like "miles to go before I sleep" or "I’d go a million miles for one of your smiles.")

Tech for Luddites, a valuable online resource ( "Providing tips, tricks, and techniques for navigating the digital world") says hashtags allow tweeters to build interest-based communities. It’s heartening that this function has been created spontaneously, unplanned by the Twitter hierarchy — just as, long ago, copyist monks in monasteries invented their own working language.

This year GQ magazine, a major arbiter of the cool, has anointed # "symbol of the year." GQ explains: "Hashtags have changed the way we think, communicate, process information. # is everywhere." What we have here is one of the great comeback stories in the history of competitive punctuation. Today, &, © and ® have been left in the dust (of [email protected] its status in email).

And what about the name, octothorpe? It’s been replaced, obviously, but there’s no reason to be upset. Change is the law of usage. That term now becomes, at least for the immediate future, a historical artifact. Its own history will be the subject of discussion for generations to come, whenever punctuation geeks gather.

It was born somewhere in the Bell system in the 1970s, when touchtone became established. The first half of the name was easy, though rich in cultural reference. Since the # has eight points the name fell within the order of eight, where an eight-sided figure is an octagon, a sea creature with eight suckered arms is an octopus, eight notes are an octave and octopush (an underwater game played by two teams of scuba divers pushing a lead puck on the bottom of a swimming pool) originally had eight players a side.

And where did "thorpe" come from? The American Heritage Dictionary says it honours James Edward Oglethorpe, the 18th-century British general who helped found the colony of Georgia in 1732. A more popular story has an engineer at Bell Labs deciding to honour Jim Thorpe, an Indian athlete who won the pentathlon and decathlon for the U.S. at the 1912 Olympics; he had his gold medals taken from him when his background as a professional athlete was disclosed, a decision that was reversed three decades after his death.

A third explanation was endorsed in 1996 by the New Scientist, an excellent journal in Britain. On ancient maps you can sometimes find the # used to indicate the presence of a village; it looks like a primitive

plan of eight fields of identical size, with a village square in the middle. It’s possible that octothorpe derives from the Old Norse word for village, which survives today in some British town names, such as Scunthorpe in North Lincolnshire.

The fourth story, backed by evidence as strong as the sources for the other three, emerged in 2006, a year after an earlier column I wrote on the octothorpe. It blames a weird form of anonymous malice perpetrated by Bell Labs engineers (people named Schaak, Uthlaut, Asplund and Eby) who devised a sound that speakers of various languages would find difficult to pronounce. Probably this etymological mystery will go unsolved and we’ll never know the truth.

Through all these troubled times, we octothorpe supporters remained loyal, like hockey fans who wear Maple Leafs sweaters despite all the years of pain. Even though Punctuacon is a fictional organization (though metaphorically vibrant), you can understand why the members of our little band were pleased to raise a glass to the hash mark in its new life on Twitter. 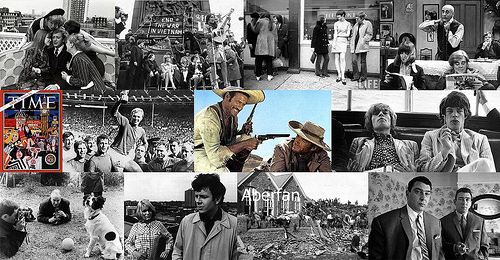 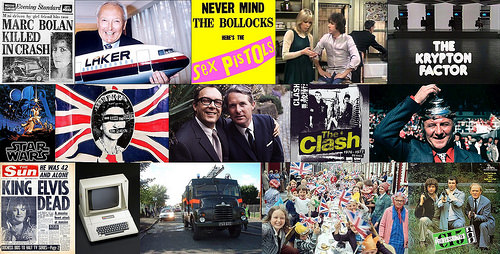