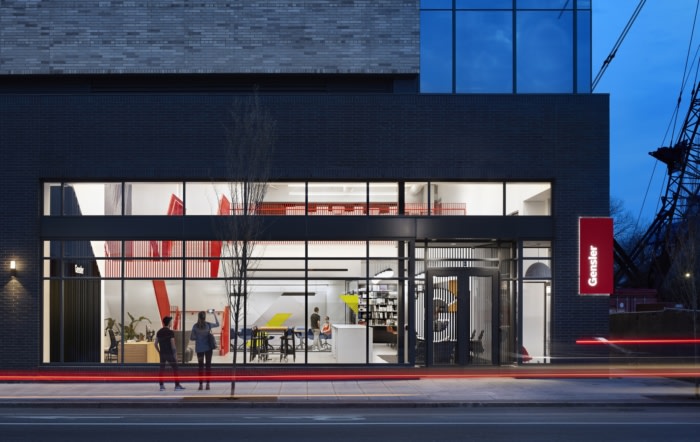 Gensler took advantage of the city locale when designing their offices in Raleigh, North Carolina.

While just across the street from its prior space, the new Gensler Raleigh represents a major shift. Located on a major artery in the city — Hillsborough Street — the office embraces a ground-level presence and uses the space as an opportunity to build a more functional home. The design tells the story of Gensler Raleigh’s creative process, placing it in conversation with the city with which it is so inextricably linked.

Pursuing such a bold goal means shaking things up, so Gensler Raleigh emphasizes a transparent new approach that carries through from the sidewalk view to the sunlit entry vestibule to the second floor workstations. All material storage is visible and interwoven with the workplace. The design highlights the idea of non-precious space in which every room and surface can be used to foster making. Collaborative furniture on the first floor can be easily moved around to fit a diverse range of uses. Client-facing areas now come to the fore instead of being hidden like in the previous space. The library, which used to be tucked away in a basement, is now a showpiece that is already helping to build stronger relationships with vendors.

In so many ways, this transparency ties the space to the heritage of Raleigh, a place which treasures the open public greenspace that establishes a framework for the urban design of the city. Making it easy for designers to get up and step outside, and for passersby to peek in, is about more than exercise and wellbeing, important as those concepts are. It’s about Raleigh itself and its interconnected nature. The names of the five green squares around which Raleigh was shaped — Union, Burke, Caswell, Nash, and Moore — thus inspire the names of the office’s conference rooms.

While ambitious, the project remains budget-conscious, creating impressions of dimension through inexpensive elements like paint. One visually enthralling example is a two-story black and white graphic installation depicting population growth projections for various cities where Gensler has offices. Fittingly, Raleigh’s line shows enormous potential, following only Abu Dhabi and Dubai, and it stands out as the installation’s only splash of color, a streak of red. The three-dimensional upward trajectory of all the firm’s host cities conveys an unmistakable and visceral optimism, and it speaks to how much pivotal design work the future will demand. This installation forms the backdrop for an interconnecting stair which is comprised of an array of red bars, the space’s most striking feature. From any angle, the two form a dazzling interplay.

The office’s orientation in the building enables a unique brand moment: the Gensler sign, here a red backlit steel plate which wraps around the corner. Against a backdrop of black brick, the contrast is notable and eye-catching. This clear and proud “hello” is just the opening scene for an office set to play a major role in Raleigh’s future. 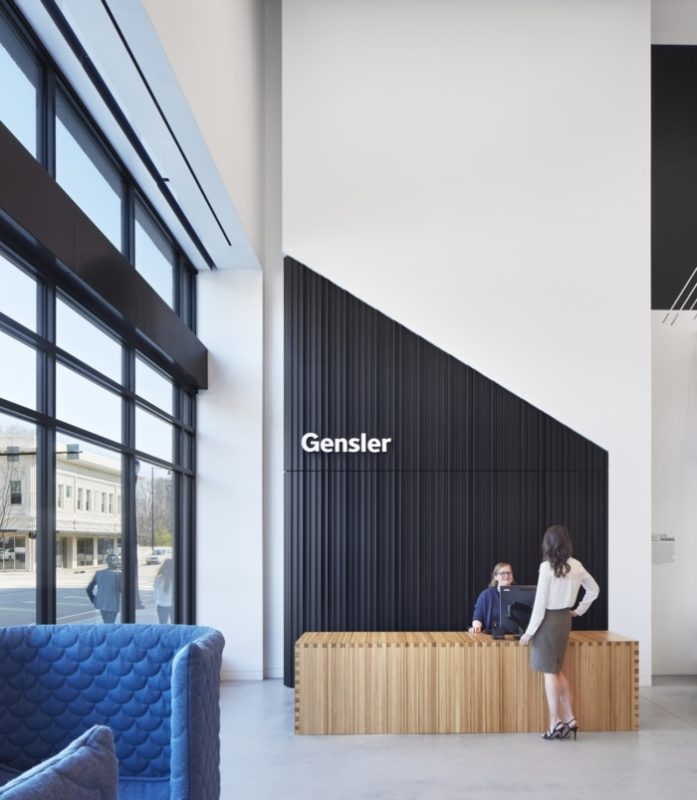 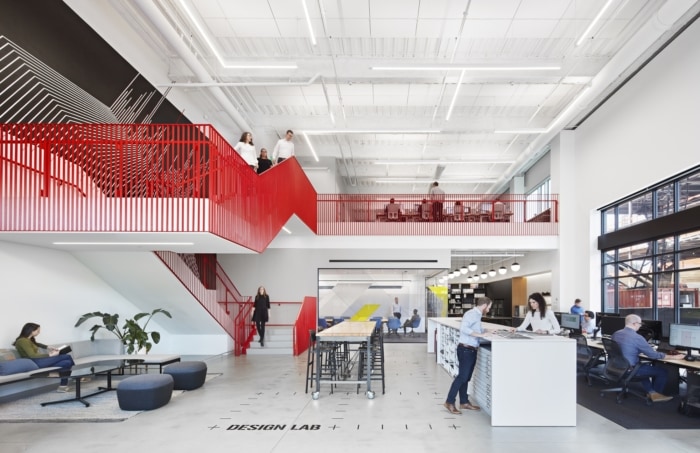 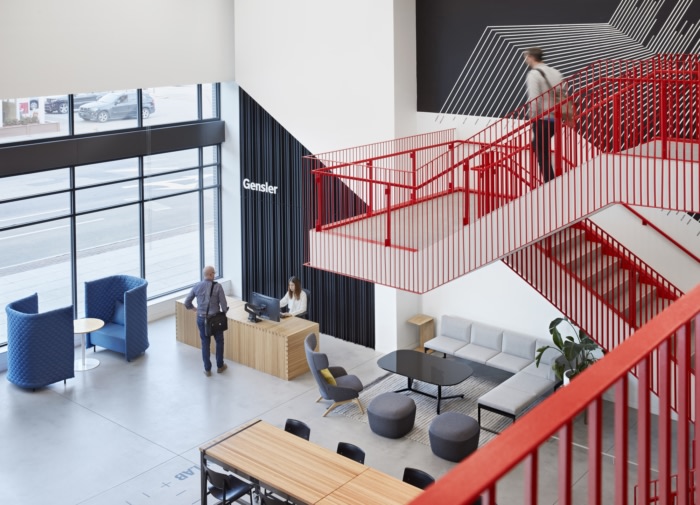 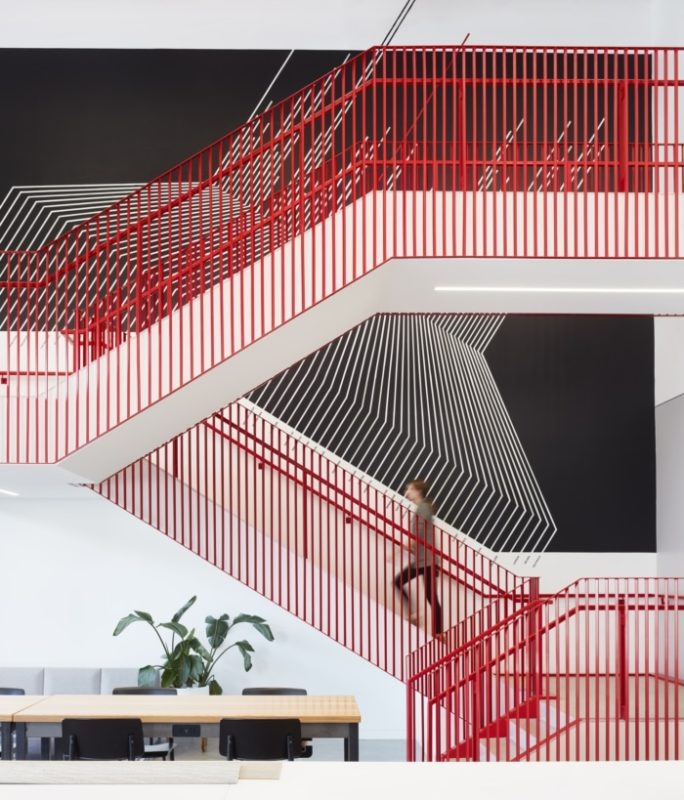 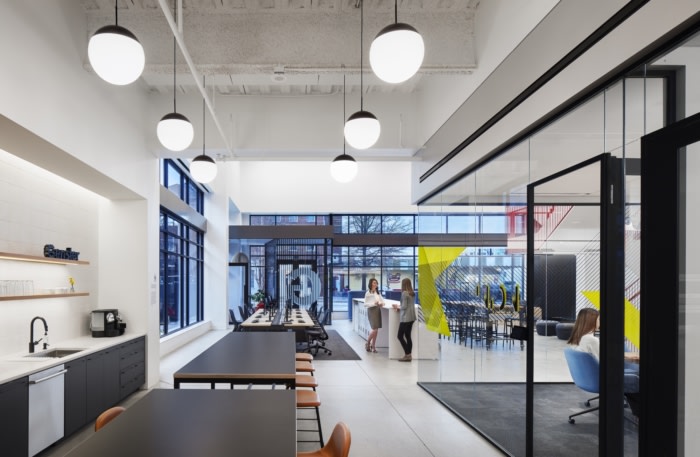 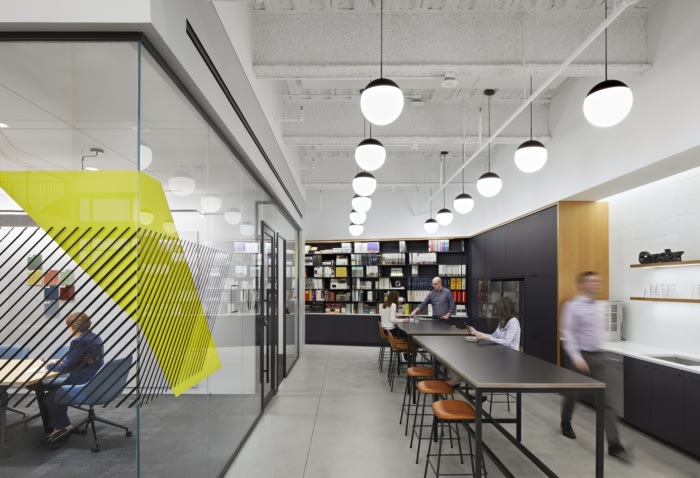 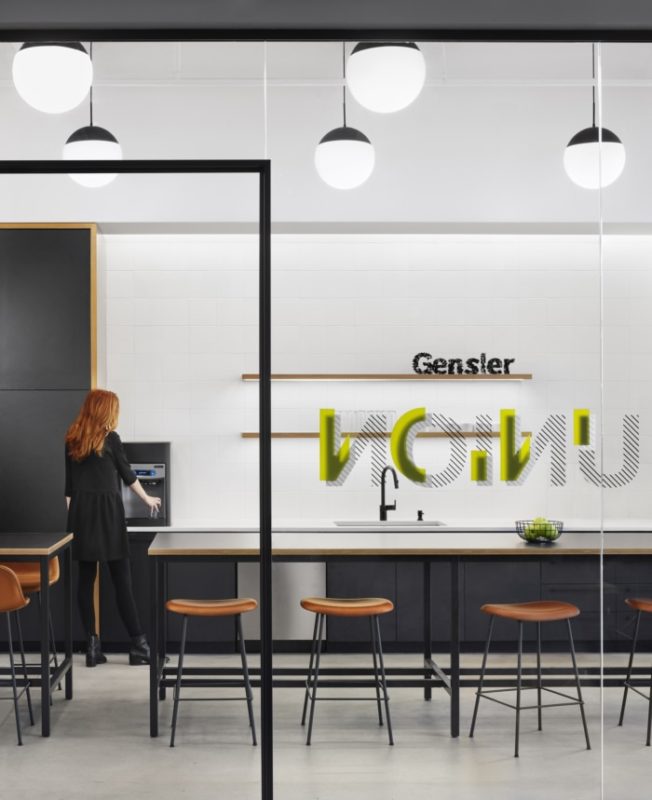 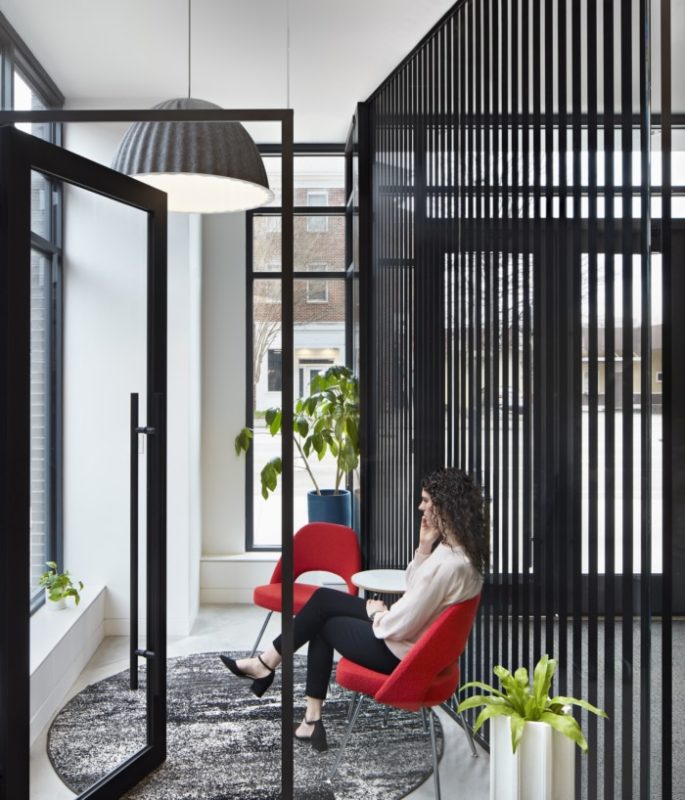 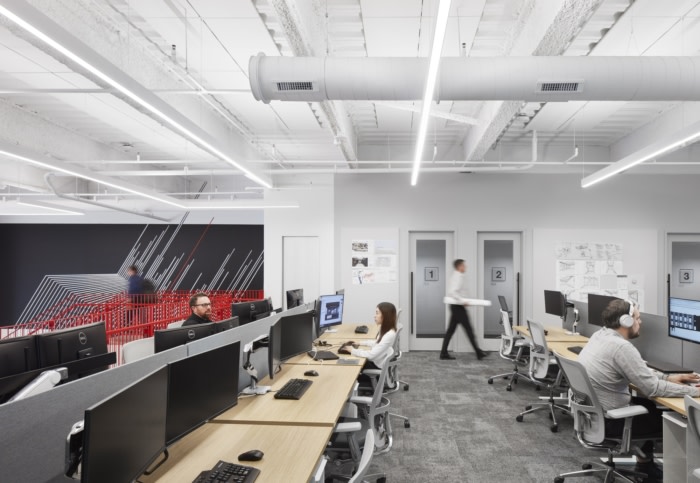 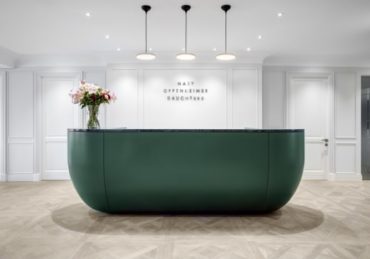 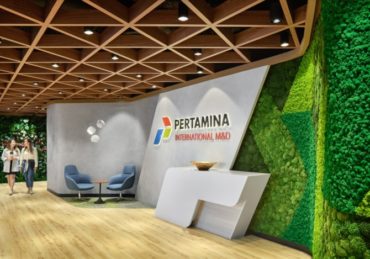