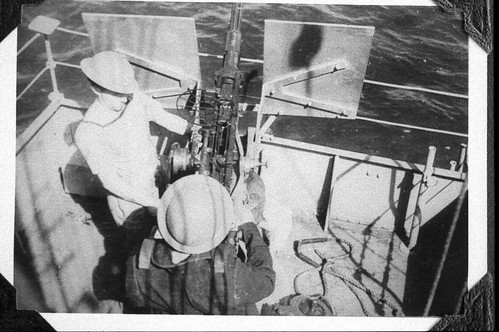 Image by Kookaburra2011
4377. During the Defence of Australia between 1942 and 1945, ships plied a stretch of water across the ‘Top End’ of the country known as ‘Bomb Alley’. It extended from Darwin in the north west across the Arafura Sea to Thursday Island, just off the tip of Cape York in the north east – roughly 800 kms of open water in which ships could be subject to Japanese air attacks from large bases on occupied New Britain and Timor at any time.

The point, mentioned in the last entry, is that for the small ships fighting the coastal wars around New Guinea and northern Australia, the concepts of air superiority and air cover were things that barely existed.

Even when the famous Supermarine Spitfires finally arrived in Australian squadrons, they – like other western fighter aicraft, – were found to be vulnerable to the highly manoeuvrable Zeros in dog fights, and often came off second best. Darwin Air Wing Commander Clive Caldwell, the country’s most famous fighter ace, had specifically ordered his squadrons and pilots not to engage the Zeros in dogfights, but only attack them in high-powered passes from above, and then roll away to repeat that tactic [see story on the Darwin Raid 54 disaster below] .

This is not meant to be a criticism of the Royal Australian Air Force, the Australian force that experienced the most dramatic growth during WWII. But it had its own strategic beliefs, and aims. From negligible beginnings in 1939 it ended up more than three times the size of the Royal Australian Navy in manpower terms at the end of WWII [131,662 to 39,650]. On August 15, 1945, the RAAF was the fourth largest air force in the world, with 3,187 frontline aircraft.

It also made a massive contribution to the Royal Air Force. This is from the official Royal Australian Air Force website …

‘…’The duration of World War II saw 15,746 RAAF pilots, navigators, wireless operators, gunners and engineers [were] sent to British squadrons and 11,641 to Australian squadrons. These men exemplified themselves in every major campaign front from the Battle of France, Battle of Britain, Normandy invasion, Egypt, the Middle East, Germany, Battle of the Atlantic, the defence of Malta, liberation of Italy, the Battles of the Coral and Bismarck Seas, Defence of Australia, to fighting in India, Burma, China, Singapore, Hong Kong, the Philippines, Papua New Guinea and Pacific.

When the armistice with Japan was signed on 15 August 1945, the RAAF in the Pacific had a total strength of 131,662 personnel and 3,187 front line aircraft. First Tactical Air Force, the major operational formation, had grown to 18,894 men in April 1945 and operated 20 operational squadrons. In addition to its execution of numerous air operations, the RAAF had also pioneered the development and operation of radar and operated its own shipping in the South West Pacific Area. The RAAF legacy of the Second World War is a proud one, with it now the world’s 4th largest Air Force.’

Notice how low the Defence of Australia falls on that list – and It was not all ‘Tally Ho Boys,’ and plain sailing, anyway. In particular, with so many men abroad in Britain’s Bomber Commander and other RAF squadrons, it appears the RAAF suffered some lack of experienced pilots at home, and in particularly in training in defensive tactics. We make no claim to expertise in this, none at all, but in terms of exploding some myths, we found an an extended article by Clive Caldwell’s biographer, Kristen Alexander, on the RAAF’s disaster during the 54th Japanese bombing raid on Darwin on May 2, 1943, to be truly eye-opening. One could hear boyhood illusions popping about the Spitfire – a short range aircraft inexplicably flown without drop tanks being available in Australia, that most long distance of almost any nation.

The article was called ‘The day the planes "all fell into the sea": Darwin Raid 54-2 May 1943’ and there is a link to the full piece below. A brief extract on the interesting question of Spitfire versus Zero …

‘….One fighter technique favoured by the Allied pilots with experience from North Africa and Europe, was dog fighting. Pilots such as Caldwell, Goldsmith and Bisley had gained considerable skill and success with this against the Germans. Dog fighting was practiced at the operational training units and the Spitfire pilots also included dog fighting in their practice flights between the raids. But as for dog fighting against the Zero, the Spitfire had its limitations, as did every other Western fighter design.

The Spitfire was superior to the Zero in most instances, but it was less manoeuvrable at low speeds. Taking advantage of the Zero’s manoeuvrability advantage at lower speeds, Zero pilots favoured dog fighting. Early in the piece, it became known that dog fighting with Zeros was unwise. There had already been evidence from RAAF and American experience that dog fighting was not a successful tactic to use against the Japanese. Indeed, the 49th Fighter Group developed the more successful dive-pass system of attack, whereby height was gained, and a high speed attack was carried out, after which the pilot was to break away by diving or spiralling out of attacking range, and then climb again for another high speed attack.

The full article is here:

Here is a precis of another book that evualates the RAAF’s efforts in the Pacific war as a strategic success: 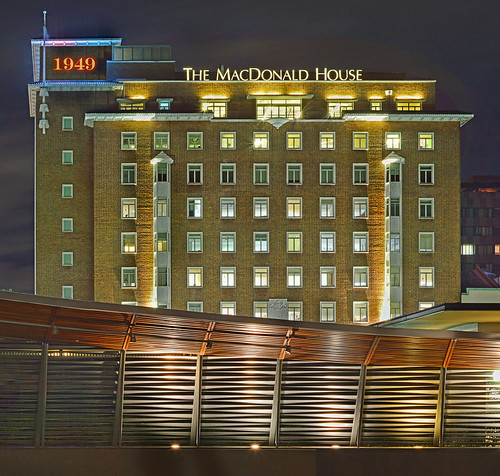 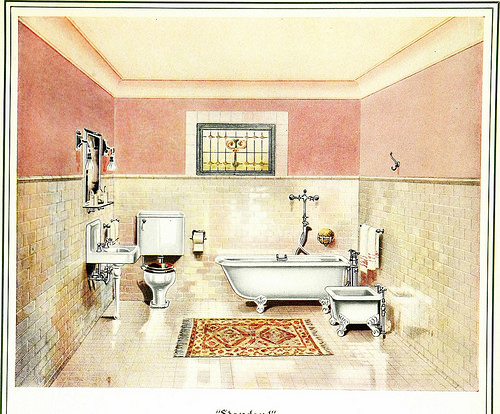 Image from page 22 of “Modern bath rooms : with useful information and a number of valuable suggestions about plumbing for home builders or those about to remodel their present dwellings” (1912)