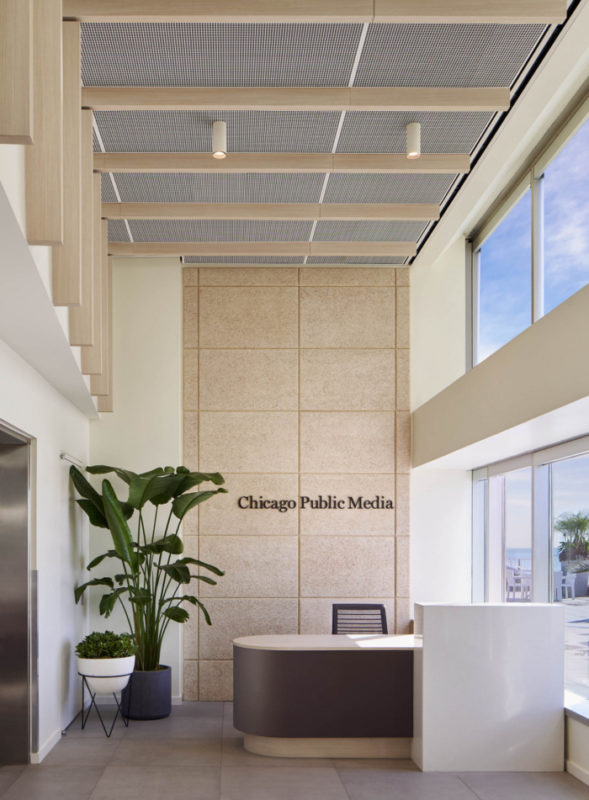 Chicago Public Media was originally created in 1943 as an extension of the Chicago Board of Education, broadcasting exclusively educational content. Over time, Chicago Public Media expanded, becoming one of the founding charter member stations of National Public Radio (NPR) in 1970, and later attaining independent community licensing and non-profit status. Now a Chicago landmark, Chicago Public Media is home to WBEZ 91.5FM, Vocalo 89.5F, and production of nationally distributed This American Life, Sound Opinions, The Morning Shift, and Wait, Wait… Don’t Tell Me!

The offices and studios for Chicago Public Media (including WBEZ and Vocalo) are located at Chicago’s iconic Navy Pier. The location affords stunning views of Chicago’s skyline and Lake Michigan, and historic permanence rich in tourism, education, and culture. Keeping Chicago Public Media’s mission statement as the nucleus of our design concept, Charlie Greene Studio curates a space to better support creative collaboration. Chicago Public Media is devoted to the civic life and health of the community they serve, and requires an environment that encourages creativity and collaboration. Reception, once enclosed and dark, has been reworked to allow light to flood the entryway. The floorplan has been reimagined to replace physical and visual barriers with accessibility from all corners of the office, promoting teamwork and inclusion.

Chicago Public Media’s new offices are saturated with greenery and inspired artwork. Spaces are energized with plants, locally sourced materials, and large-scale community-centric murals by notable Chicago artists Joe Mills, Sentrock, and Sam Kirk. The strategic intent of the renovation was to better support the creative collaborations at the stations and attract and retain talent, while increasing headcount to meet aggressive growth targets. Equally impactful to guests and employees, this redesign harnesses both the tenacity of a news room and the creativity of a digital media company. 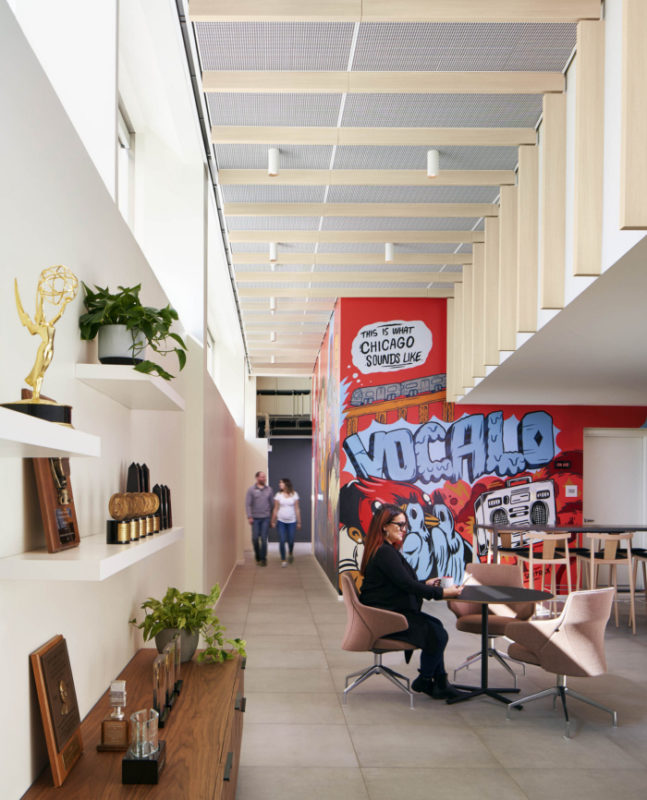 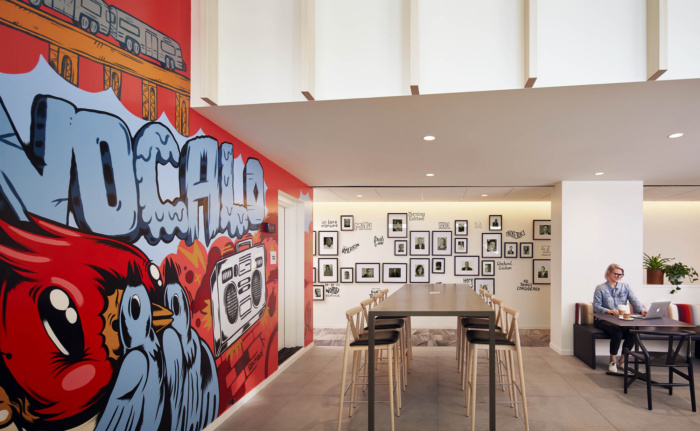 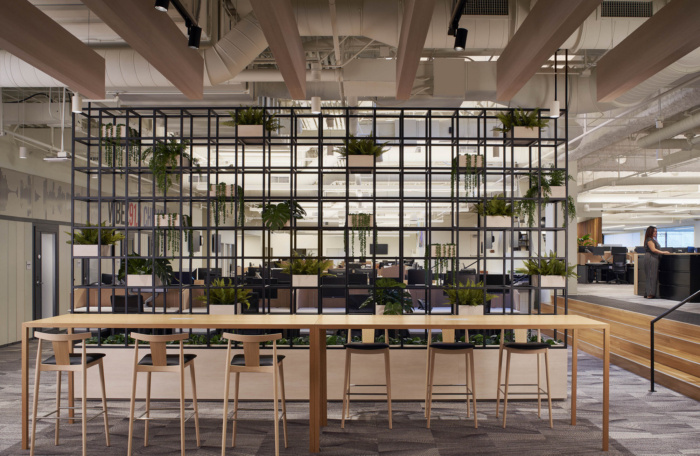 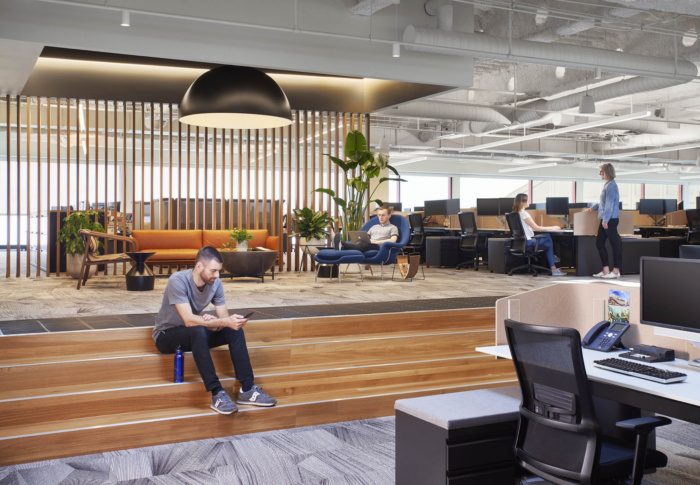 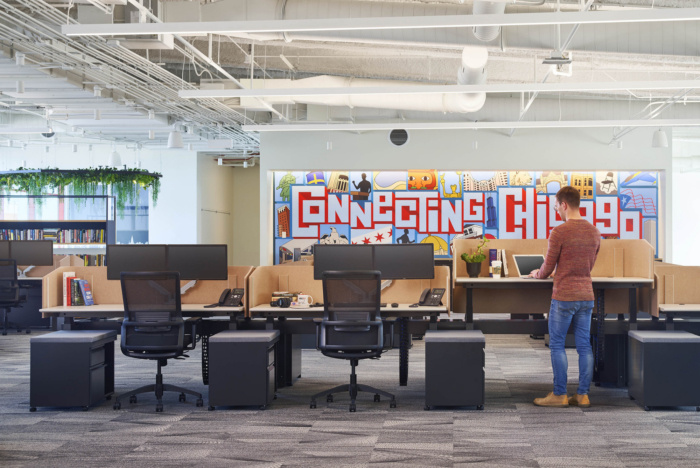 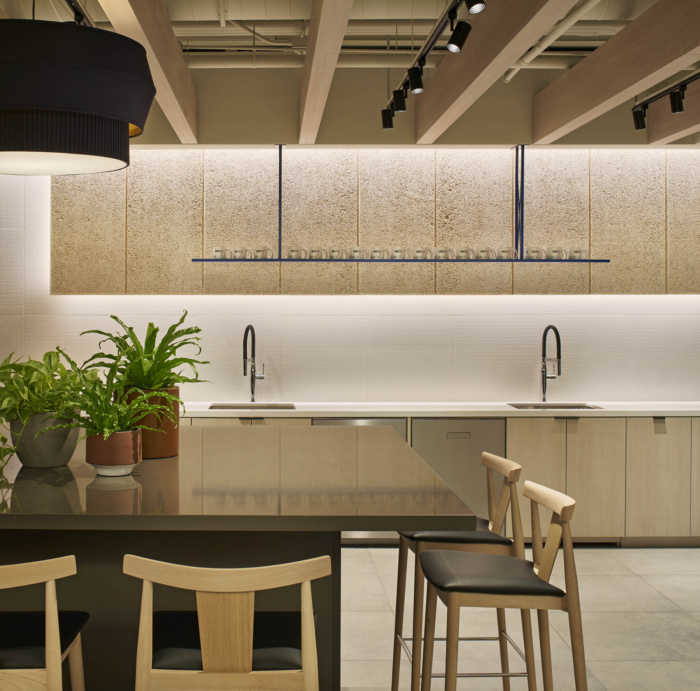 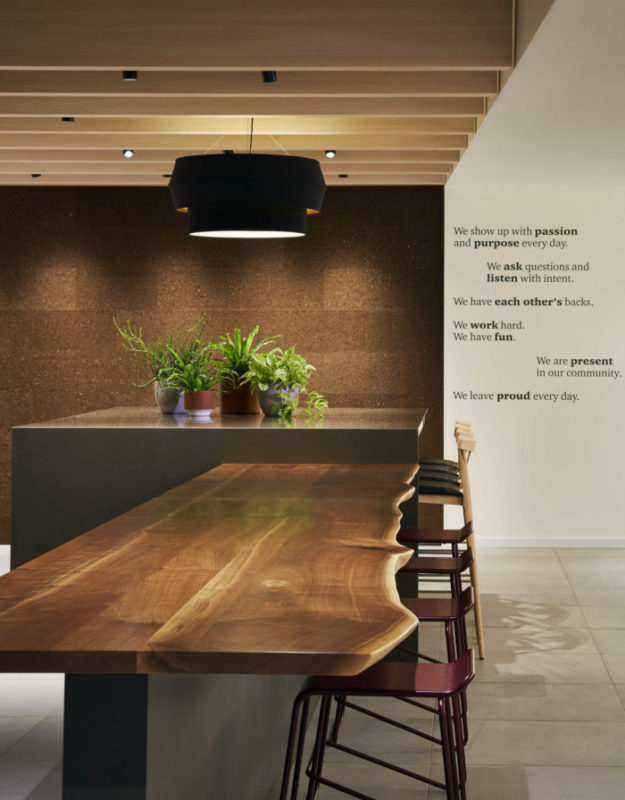 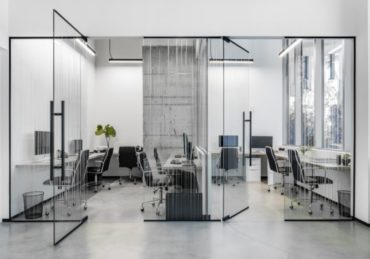 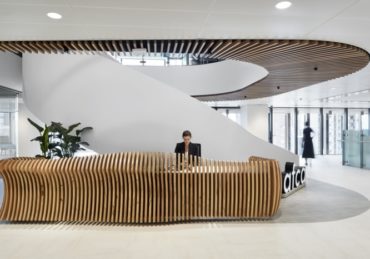 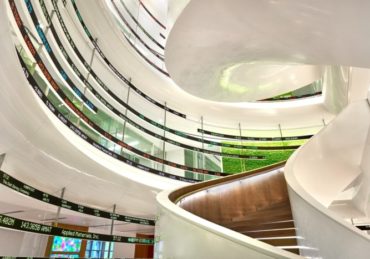