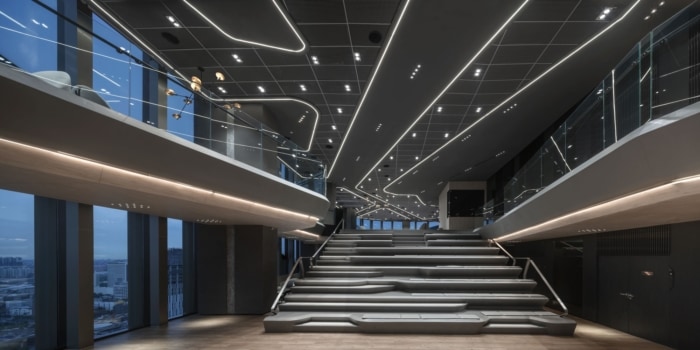 The design is focused on simplicity and constancy to essentially represent the “Singha heart”. Also, the movement of the river concept is used to balance the motif in the lobby area at the Boon Rawd Brewery Headquarters at Singha Complex Building. Minimal in color schemes and forms yet detailed in materials, and patterns, the lobby has created “Singha” symbolic meaning which reveals Thainess in itself.

Wanting guests to feel the success of the Boon Rawd Brewery and honored at the same time, the designer has directed the Modern Contemporary style with the color tones, and materials that display simple yet luxurious design components. Moreover, the higher floor- to-ceiling space creates the grand and magnificent, fully open-view space.

Equipped with the existing 7-meter high empty space, the area allows to create a new dynamic flow leading to several functions namely the lobby to the sub meeting rooms, the co-working space to the hall, the waiting area to the main meeting rooms and continue to the mezzanine which exhibits the Boon Rawd Brewery’s long history. Considering the usage of each area, the designer has designated different heights of the ceiling and platforms so that the users are comfortable with the space at their utmost.

In order to simulate the natural lighting, stretch ceiling is installed in the central area. The additional benefit of the ceiling is also to reduce the detail in interior design and to lead attention to the kinetic wall which purposely designed to move freely resembling the moving water surface. The designer adds intricate details using the golden, silver, and bronze stainless-steel sheets. Numerous cutting and folding sheets put together through the wires and rivets have formed the design inspired from a part of “Singha” figure. Thainess is once again implicitly shown here to create highlight and feature the “Singha heart”.

When in the executive lounge lobby, the guests encounter the “Hanuman Karb Sorn” sculpture wall, Boon Rawd original symbol. The material used is a large black unpolished marble carved with high and low relief techniques to create dimension, and lighting and shadow effects yet reflects the contemporary Thai design all in one.

From a family business, the company is unique in a certain way. Therefore, the design has accompanied the warm, cozy, residential touch. There are several reception areas, the 22- seat dining room for the family, the 40-seat executive meeting room, and the top executive offices. All these have leveraged the place to be much more than an office. 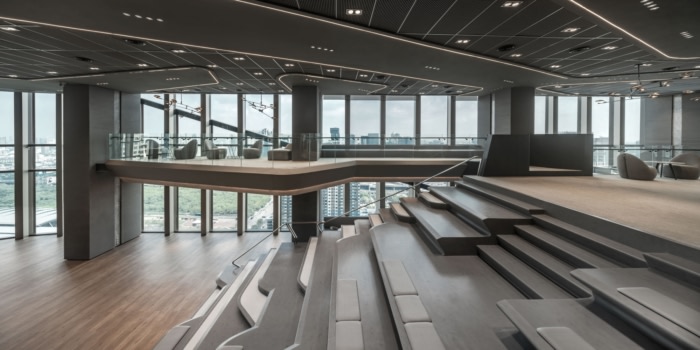 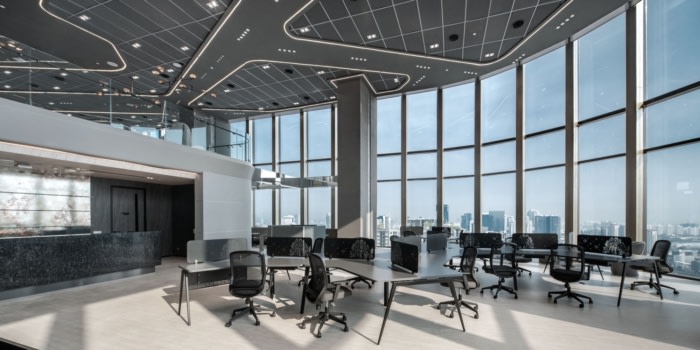 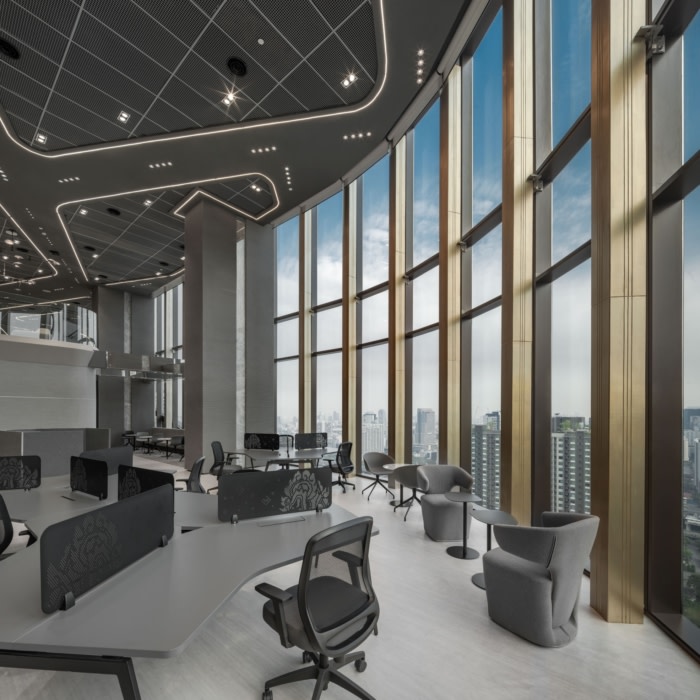 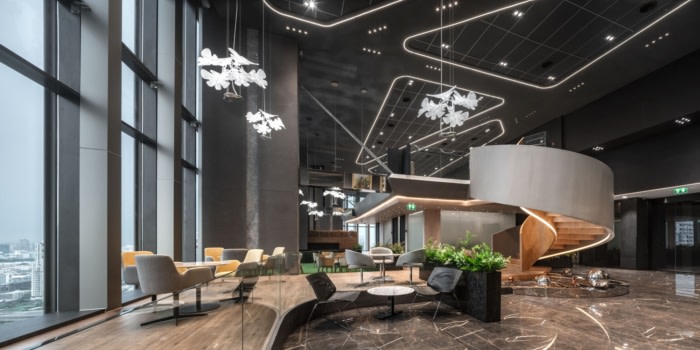 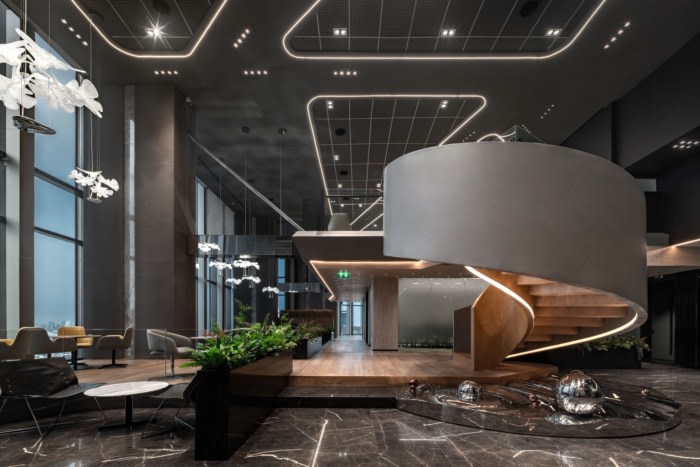 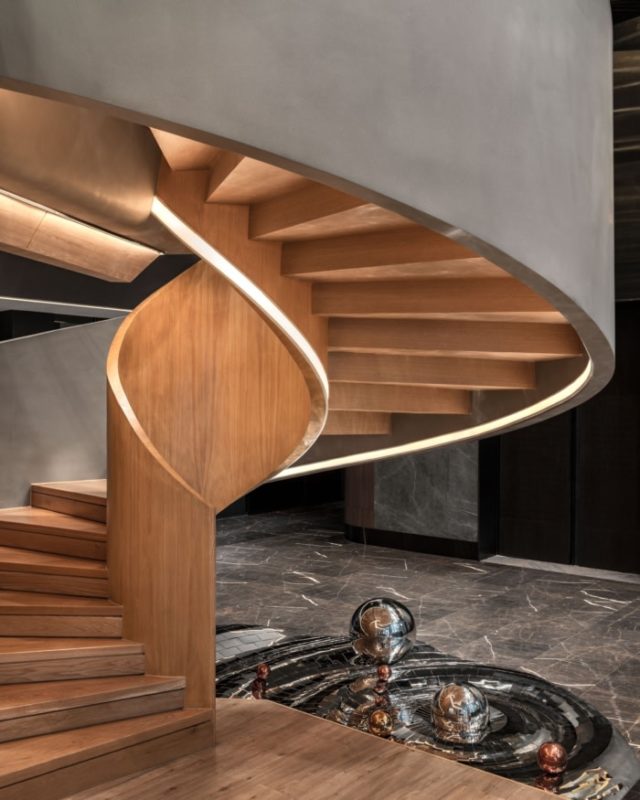 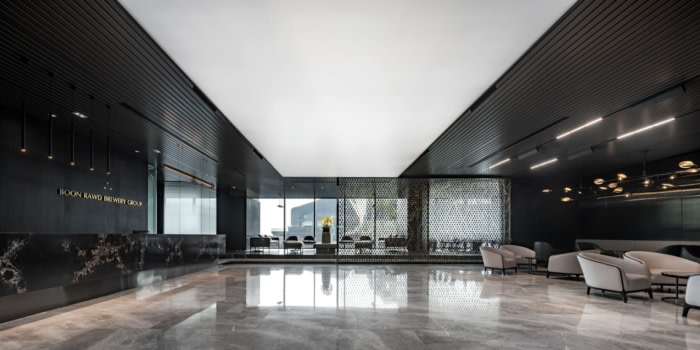 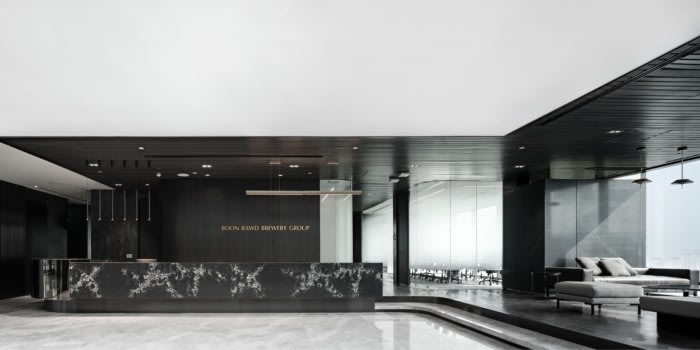 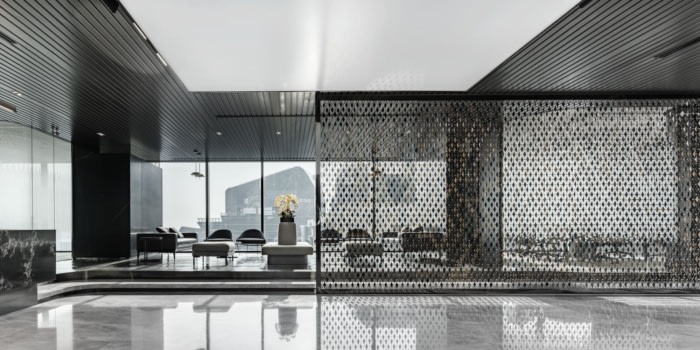 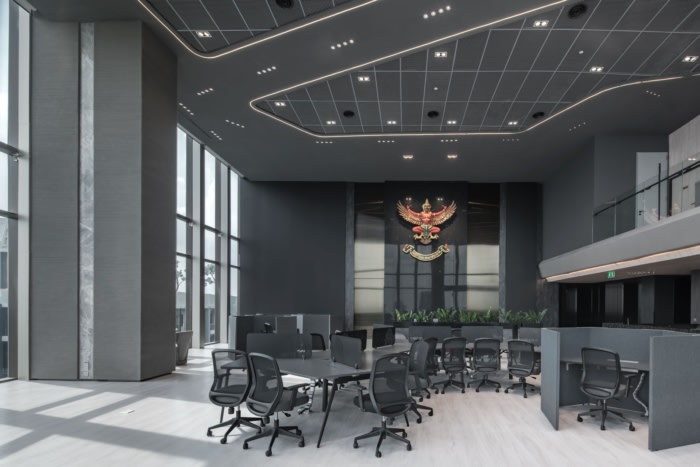 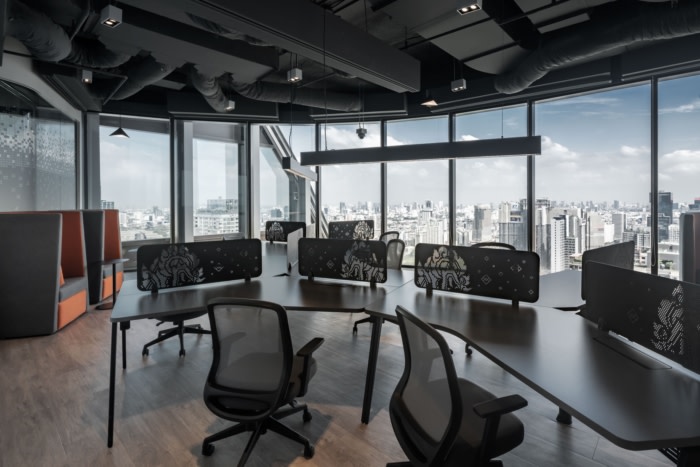 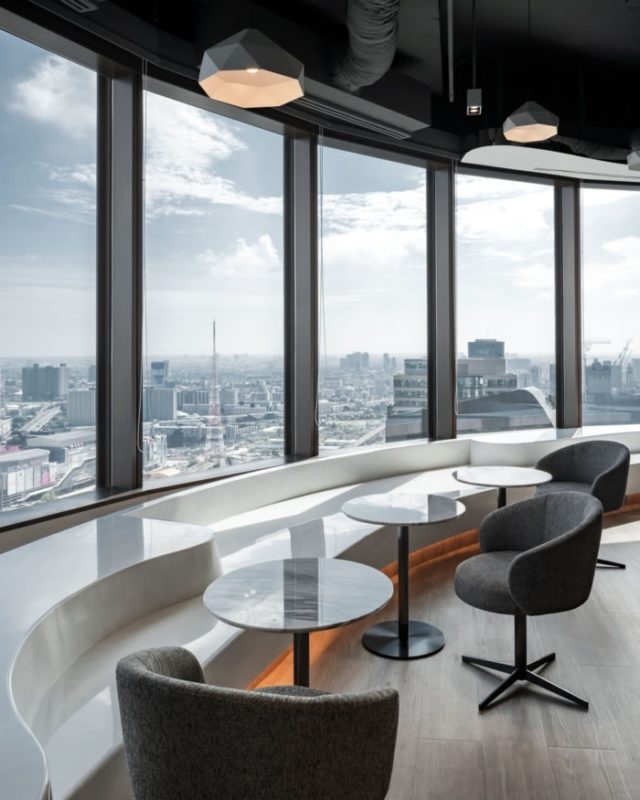 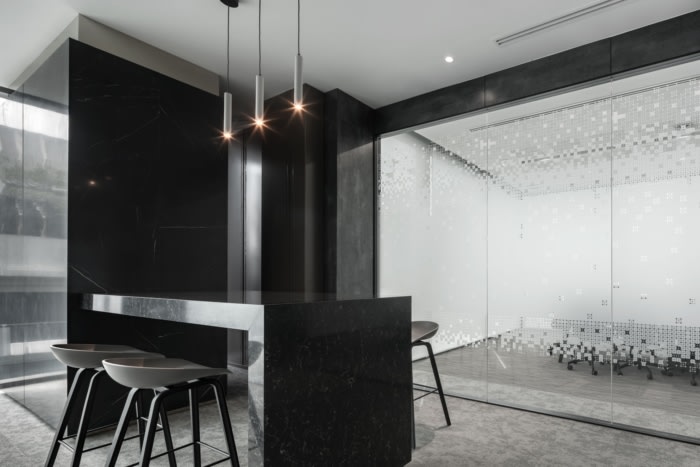 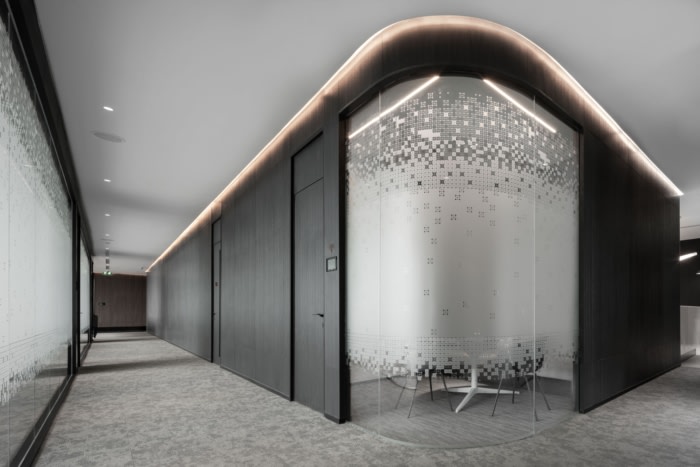 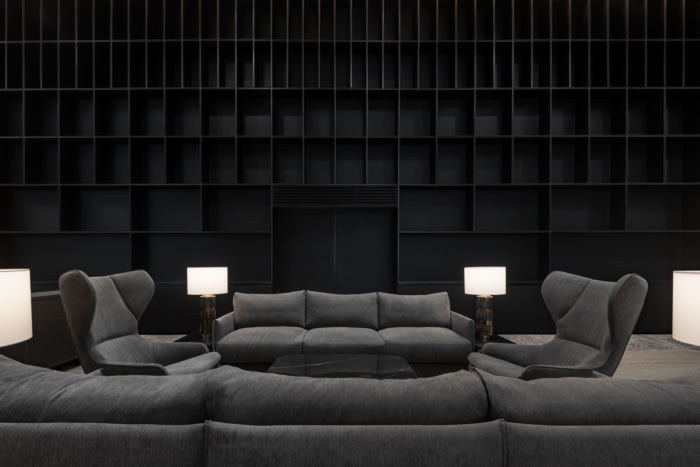 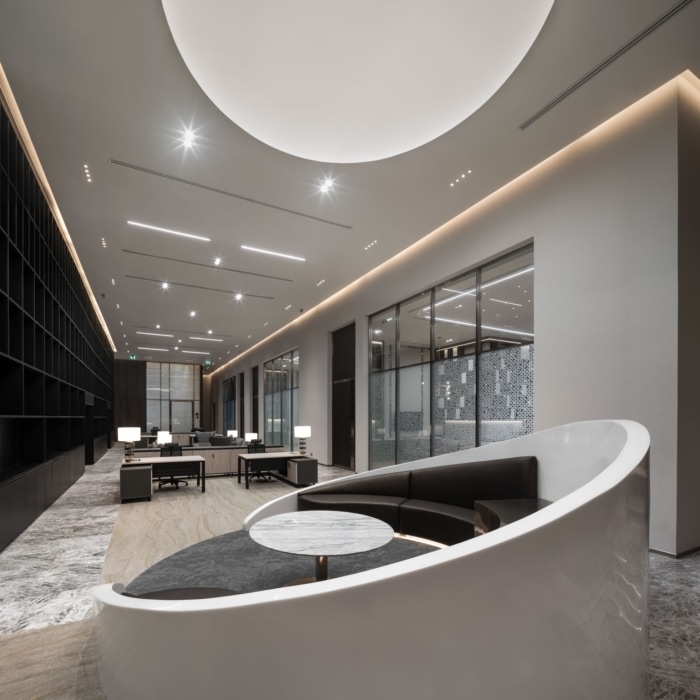 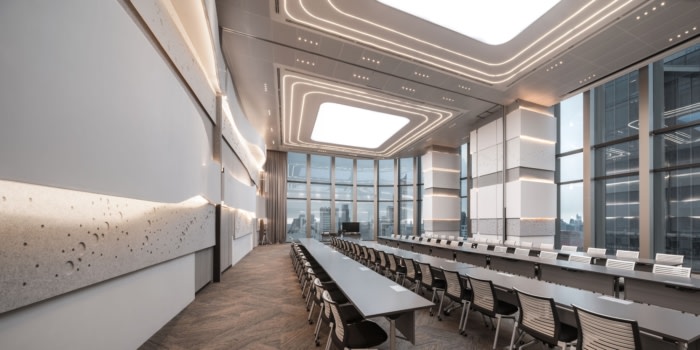 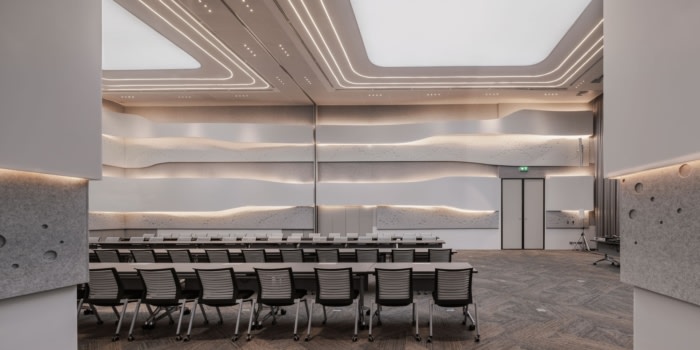 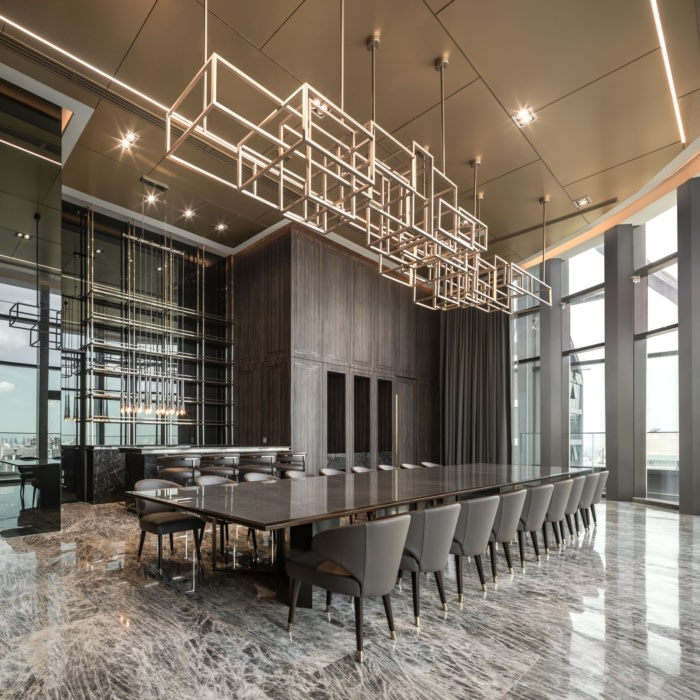 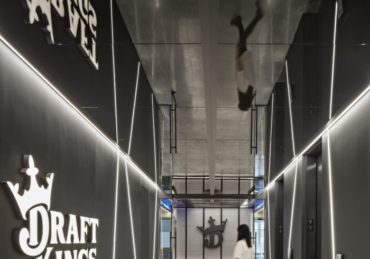 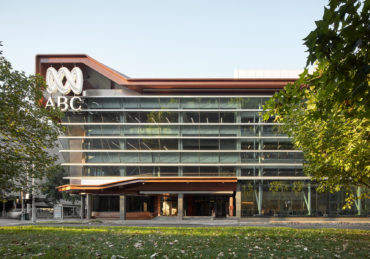