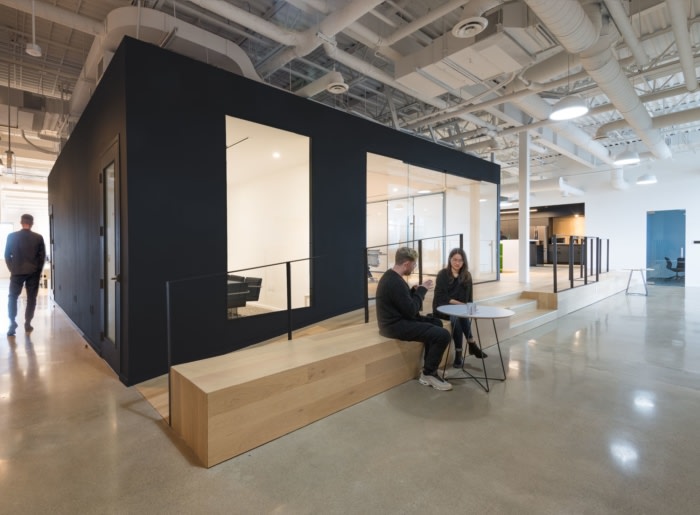 StudioAC worked to complete the office design for the Arrivals + Departures offices, an independent ad agency located in Toronto, Canada.

Arrivals + Departures is an ad agency that was looking to approach their corporate environment in a new way. In an effort to inspire creativity, the agency was looking to studioAC to produce a concept that would invite conversations, unintentional meeting places, and organic gathering areas.

studioAC sought to produce what we called “the Agora” – a central gathering space adjacent to an elevated board room with sliding partitions. When the partitions are open, the board room acts like a stage overlooking a turf clad gathering space. Steps up to a bar ledge act like stadium seating for casual meeting space, collaboration and active participation.

Producing an act of section throughout the space helps to create a dynamic environment that encourages conversation and collaboration. We covered the central space in bright green turf to allude to the feeling of a central park within a busy workspace – it denotes an area of reprieve from the industrial space beyond.

The interior fit out for Arrivals + Departures was an exercise in creating intimate spaces for gathering within a large expansive floor plate. The challenge to create intimacy while maintaining total flexibility for the company’s future growth was approached through the concept of the Agora and using platforms to delineate space rather than walls. 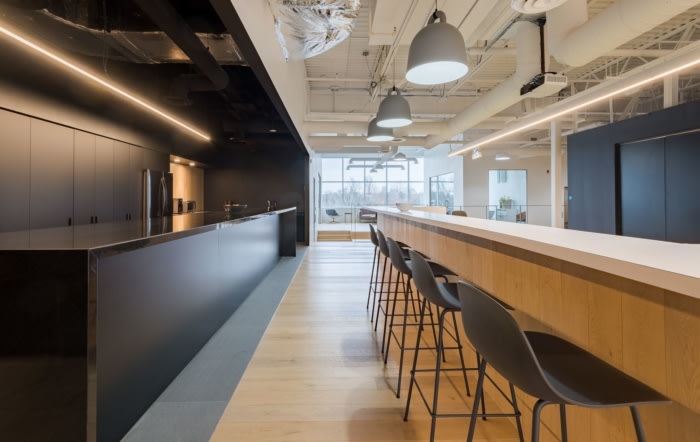 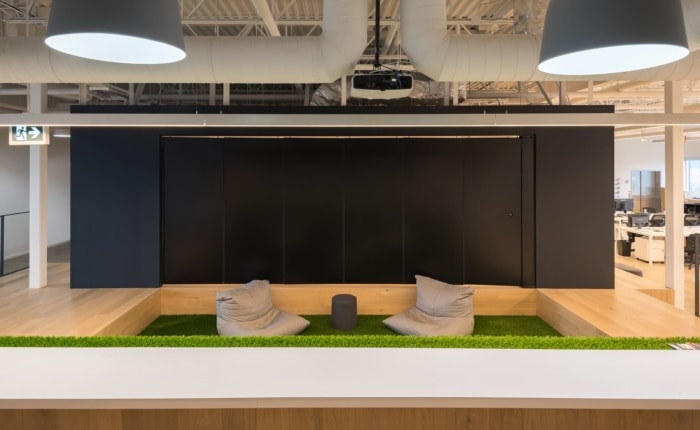 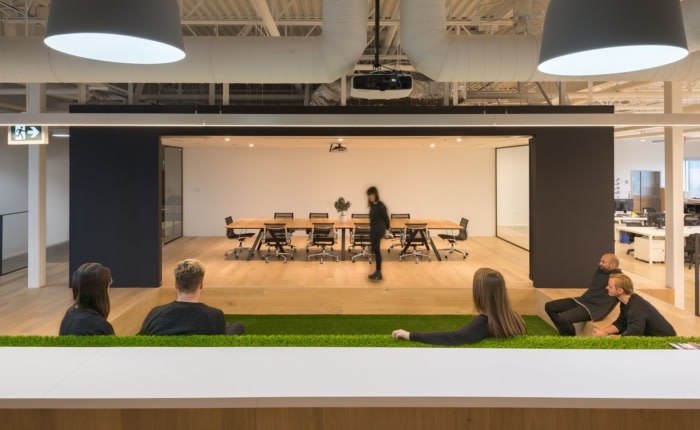 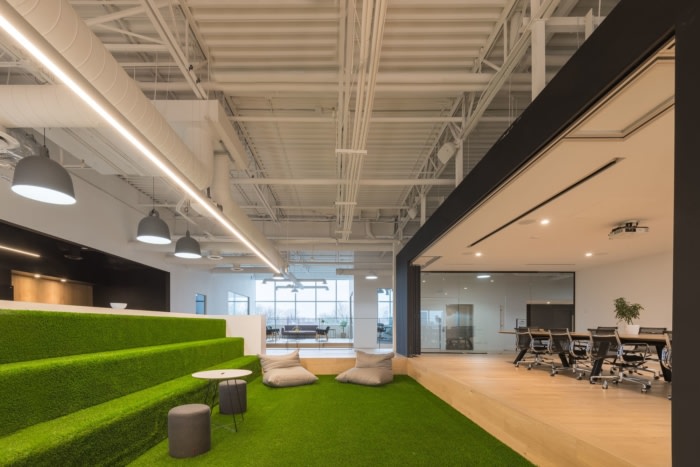 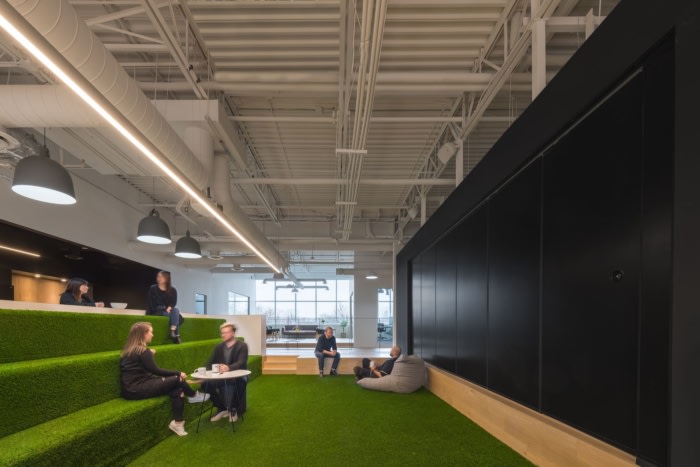 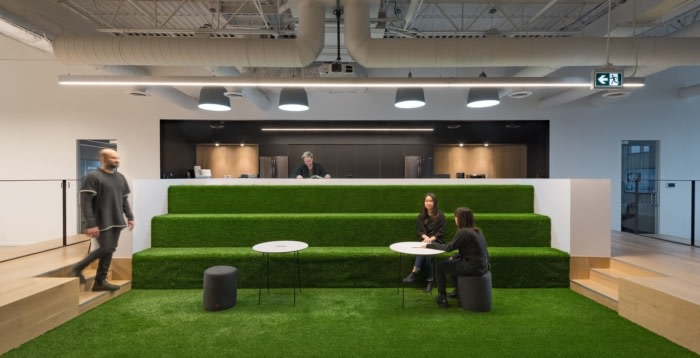 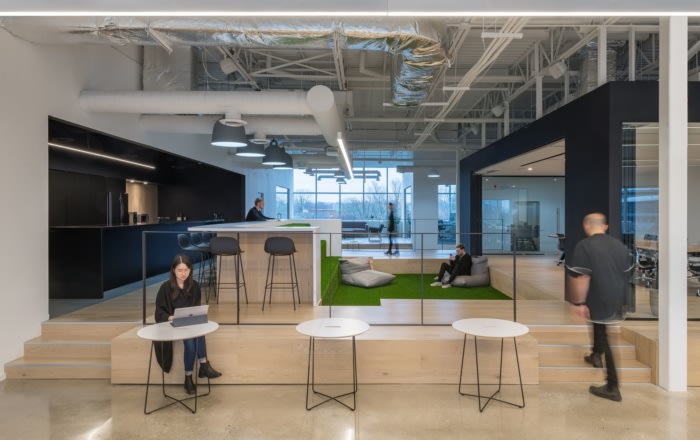 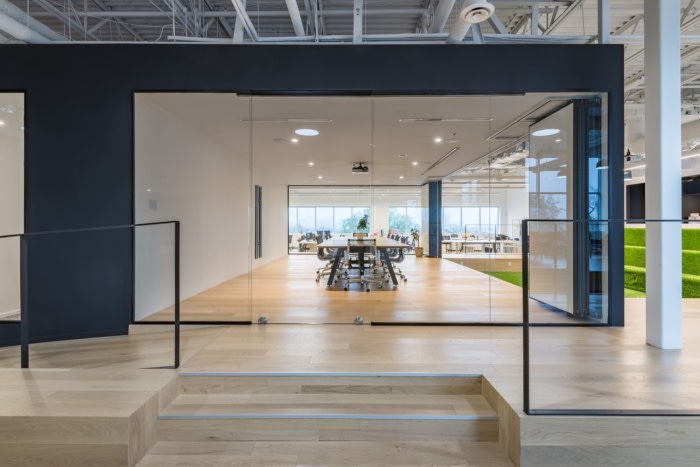 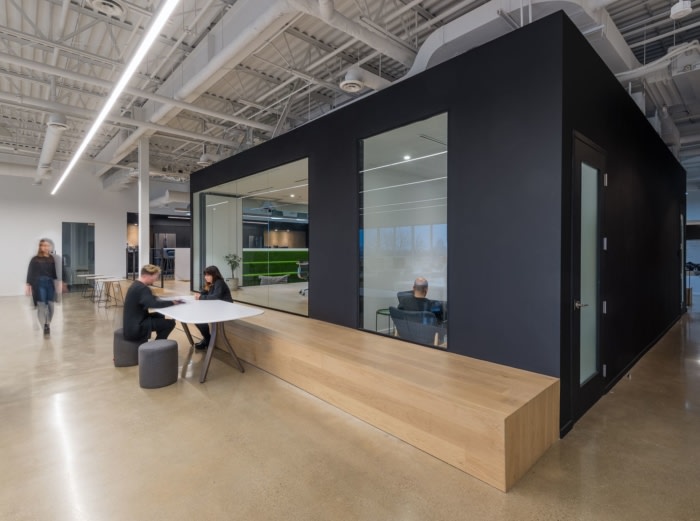 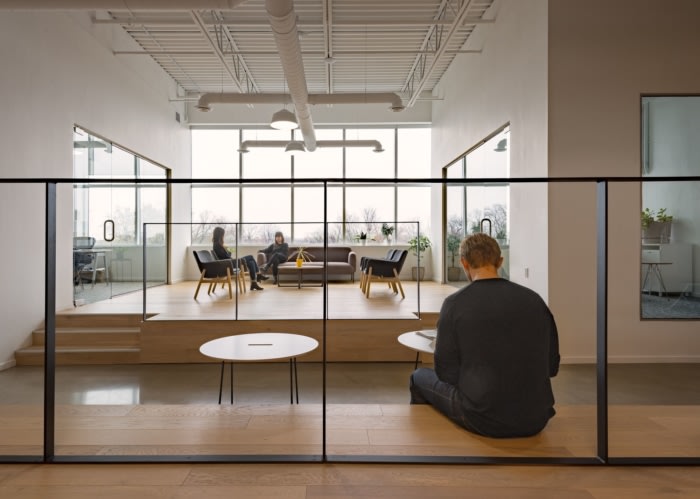 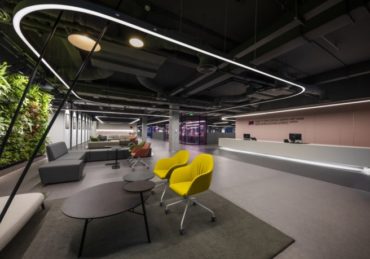 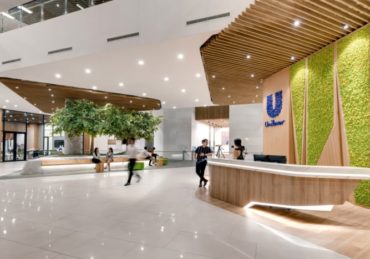 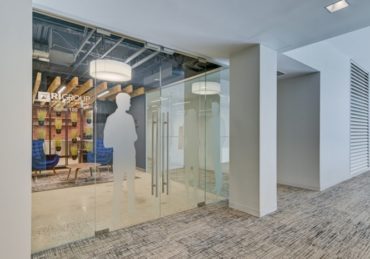