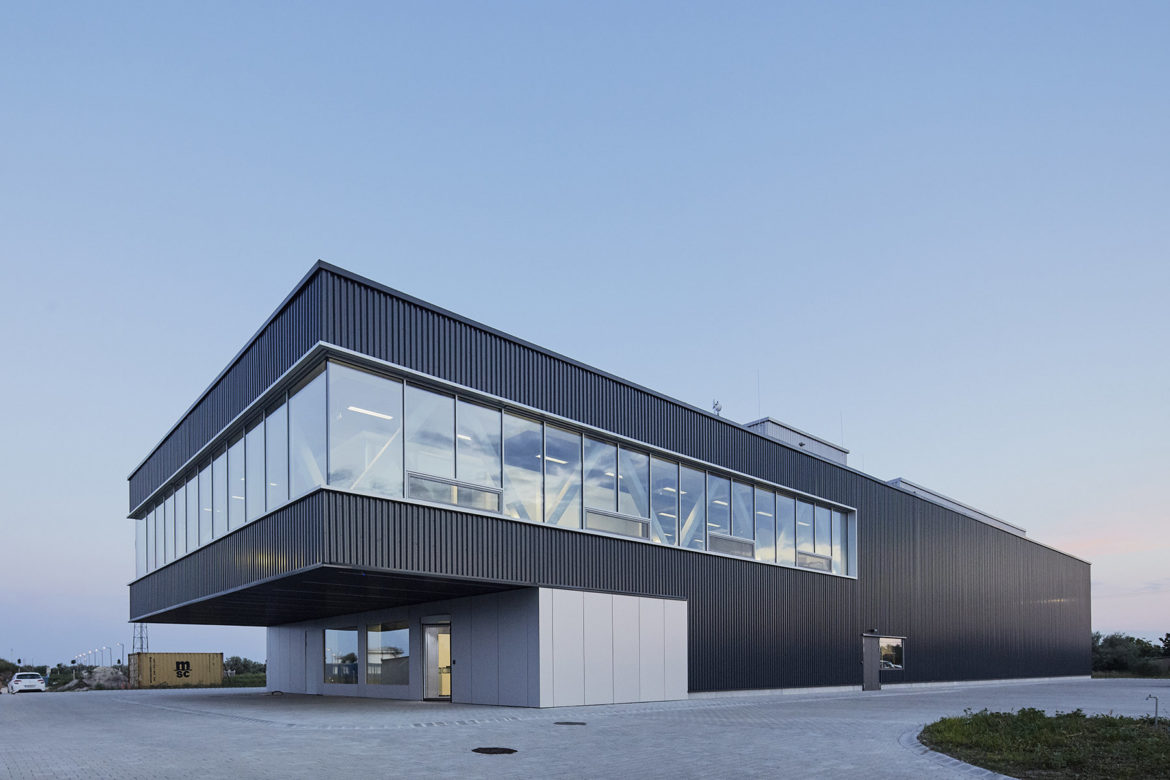 “In most architectural endeavours, there’s always a balance between form versus function. That delicate and intricate manoeuvring between that which pleases aesthetically and that which admirably performs its intended objective underpins so much of modern architecture and design. With the headquarters of high-tech automation firm Amplio, the work of its architect was much clearer in this regard, since the two were inexplicably linked: “Design is not what it looks like, but how it works,” explains Bence Turanyi of the inspiration behind the design of the building. This is an ethos that lives throughout the creations of Amplio itself, and the headquarters that Turanyi and his team designed intended to reflect that.

In that sense, it may not be that the Amplio building is the most visually outrageous, but a considered eye has meant it is stark and significant all the same. Resting among an industrial center of Hungary a short drive from its capital of Budapest, the new headquarters stands out among its equally industrial neighbours.

This contrast is crucial to the experience of the building, too. Amplio is a company with an international clientele and builds custom electronic parts, primarily for the automobile industry; its headquarters is also a crucial meeting point for existing and potential business partners, and in that sense a building that could impress while still able to perform its functional tasks as an HQ, development lab and manufactory was important. “They were looking for something that would help them to create a brand as well,” says Turanyi of Amplio’s hopes for the design of the building. “Amplio’s founder is a really brand-minded figure, and though the initial brand was there I immediately felt that the architectural solution will be part of the brand and even a main element of the brand itself. We had to communicate, in an architectural way, the essence of the company.”

The approach to the building is primarily where that essence comes is first discovered. From its side it could just be another industrial export from Japan, but as the perspective shifts, so too does the view of the building. This dynamism was a conscious choice, one that was inspired by Amplio’s products that are designed to be their most ergonomic and effective, a beauty born from their impressively mechanical nature.

The architects designed a similar concept, which is first achieved when a visitor arrives at the entrance and beneath the six-meter, cantilevered top floor that houses the main office area of the headquarters. Large glass windows wrap around half of the building to allow the approaching viewer to see the activity within the office; as the ‘brain’ of the corporation, being able to witness the buzzing activity within emboldens Amplio’s brand appeal with energy and excitement.”

The post A Tour of Amplio’s New Szekesfehervar Office appeared first on Officelovin'. 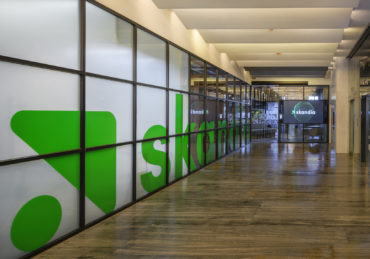