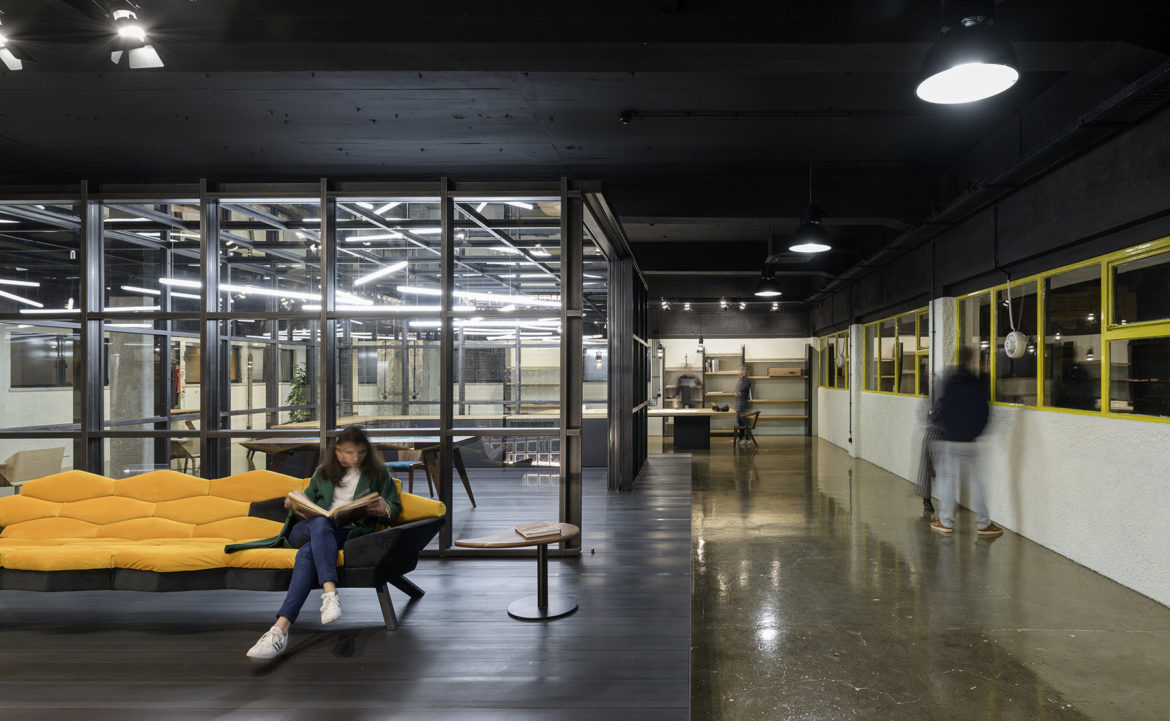 A team of designers from architecture firm MMV Arquitectos recently designed a new office for Arts Studio 16 in Lisbon, Portugal.

“Located in Travessa da Pereira on the picturesque Graça neighbourhood, this project was a defying one. It was about converting an area, hidden inside a working class villa built in the first decade of the XX century, into an arts studio.

Whilst approaching the space, the first conclusion is that it required a blunt but balanced identity. So, we had to be bold enough to tease new feelings and atmospheres, without leaving behind the sense of overall harmony so precious and necessary to artists in their creative processes.

According to the clients briefing, the project must contemplate painting, sculpture and photography spaces, as well as commons services, like a kitchen, a closet, sanitary facilities, office and meeting places. Along with a tight cost control. In reality, for that, nothing better than being in the field for so long. The work experience and restless will to get to a specific result (and nos just an outcome) is the best formula to contain costs and, still, achieve a singular and unrepeatable architecture.

That means that identifying the true value of and in the pre-existing space becomes fundamental to the whole idea. We kept the pavement and outlying walls but built wooden and glass volumes ofr the porpuse of containing the services within the space. The service containers are aligned and articulated to detach from free working areas which are made of iron and glass upon a metallic platform totally built with iron bars without any finishing or coatings.

Given the nature of the project, we wanted to try something new, something that would bring an artisanal, singular aspect to the architecture, like the uniqueness of a sculpture. It ended up by being the raw nature of the materials involved, along with the aggregation/subtraction of elements factor that gave us the result we were looking for. For instance, the permanent furniture, designed and built in oak and iron plates, would camouflage amidst that surroundings or, by opposition, a surprising lighting made of moulded metal mesh that stands out while enhancing a pre-existing light vent.

This dialectic approcach would turn out to be the key to Arts Studio 16th experimentation concept. The materials, its designs and the way light works in the space, made it timeless, poetic and mutant. The vibration given by the light and shadow changes the sets, showcasing differente scenarios. Monotory is not a word one can use in this project. We are happy with the result for we believe it’s an inspiring surrounding to creative work and that is the ultimate purpose of Arts Studio.” 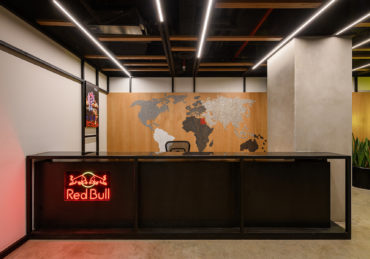 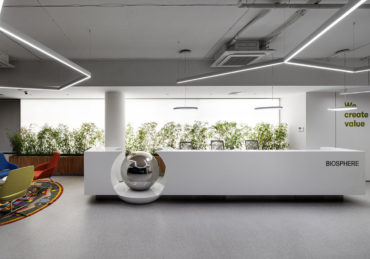 Inside The New Offices of Biosphere in Kiev 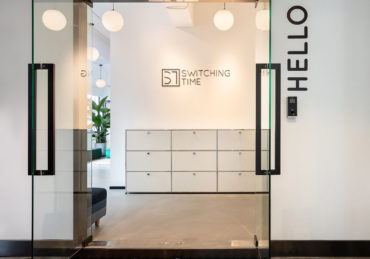