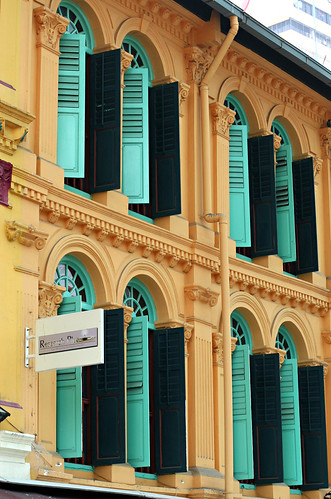 Image by tobym
Before massive post-independence redevelopment saw the destruction of much of the character of Chinatown, its dominant architectural type or form was the “shophouse,” a small two- or three-story structure that combined business quarters at street level and living quarters on the shuttered upper floors. A few areas such as Amoy Street, remain in which "long terraces of shophouses flank the street, all featuring characteristic five foot ways, or covered verandas."

After independence, the government of Singapore considered the "tumbledown slums of Chinatown as an eyesore and embarked upon a redevelopment campaign that saw whole roads bulldozed to make way for new shopping centres, and street traders relocated into organized complexes. Only recently did public opinion convince the Singaporean authorities to restore, and not redevelop, Chinatown. Renovated buildings remain faithful to the original designs, though there’s a tendency to render once characterful shophouses improbably perfect.” 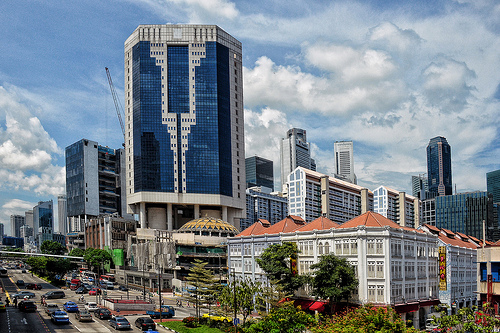