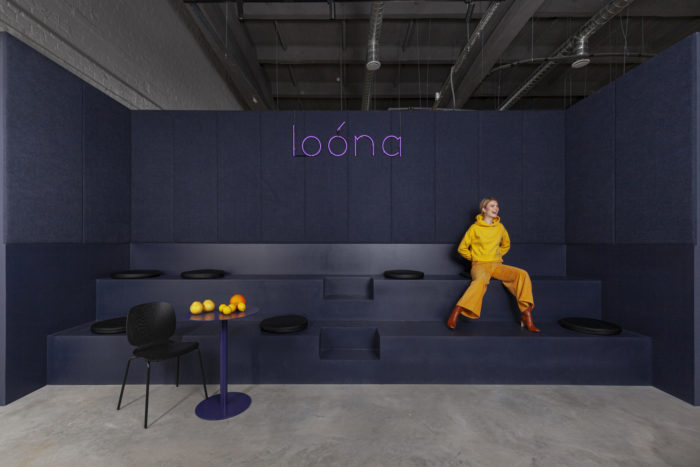 Studio11 brought fresh energy to an industrial building for the design of Loóna‘s offices, a sleep app company located in Minsk, Belarus.

The passage to the main workspace of Loona runs through an ebony tunnel housing a dressing zone and a small waiting area.

The workstations of the open space are separated from the walkthrough zone by a system of dividers with live plants which gives more privacy to employees, and also divides them into two work teams.

A blueberry amphitheater is the main accent of the whole space. Being a dining zone most of the time, it can also be transformed into a lectorium seating up to 20 people.

The geometry of ceilings in the meeting rooms is originally dictated by their location in former wood-drying workshops and is emphasized by RGB lighting. In addition to that, the industrial nature of space is complemented with wall-mounted metal grids.

The contrast of new austere volumes with existing rough textures of a former industrial building gives energy to the space, while using middle height dividers enlightens and softens it. 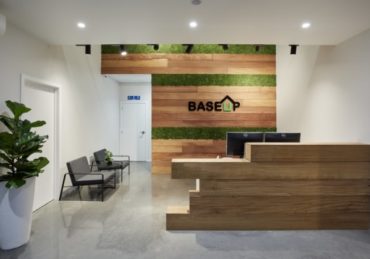 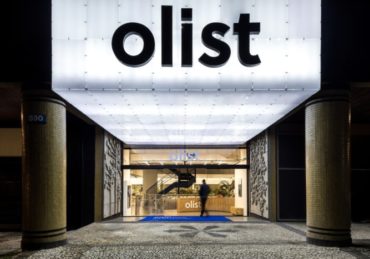