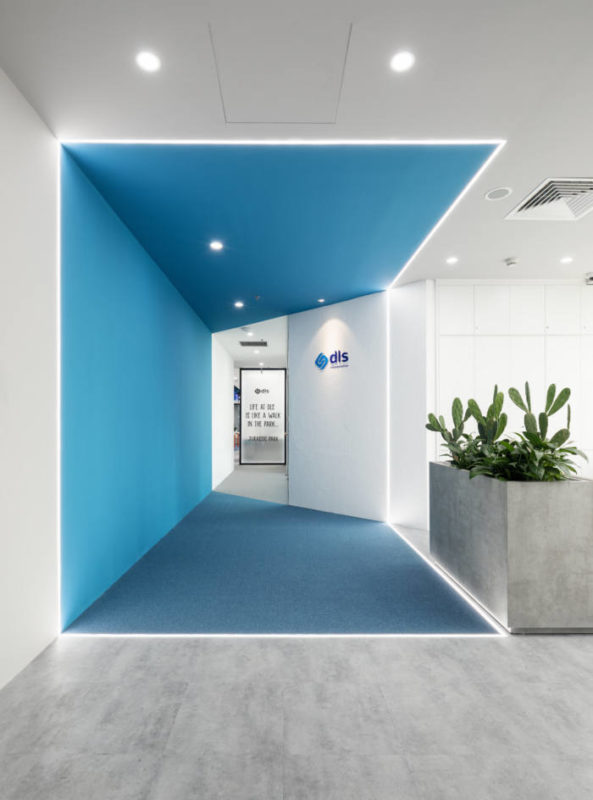 D+ Studio were engaged by DSL, the cross-border e-commerce leader, to design their offices located in Hanoi, Vietnam.

As a startup in the field of ecommerce with a team of dynamic, enthusiastic and creative team members, DLS has shared with us their desire to create an equal and open workspace that can express their culture and engage not only the employees but also connect them to their board of directors.

By conducting research, we solved DLS requests with the highlight of the organised functional areas which were evenly distributed in the office. The space with about 70% of open space, is able to accommodate a multitude of situations/tasks at any given moment.

In detail, the central area was a combination of a trademark blue multi-purpose table with a small interlaced meeting room system, which allows both formal and informal meetings at the same time without any inconvenience.

Moreover, the wall surface was exploited to graphic design with the block-designed entertainment area next to it, which definitely helped in inspiring and enhancing the positive energy for the employees at work.

Overall, we believed that the openness and transparency had been maximised in the new DSL office. 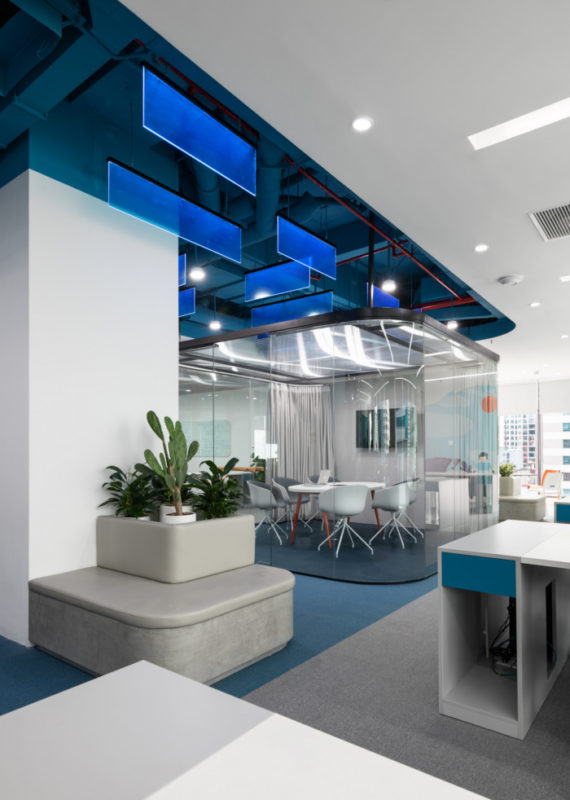 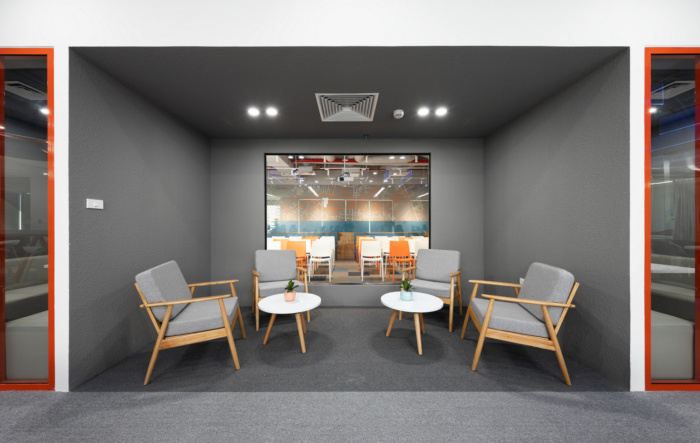 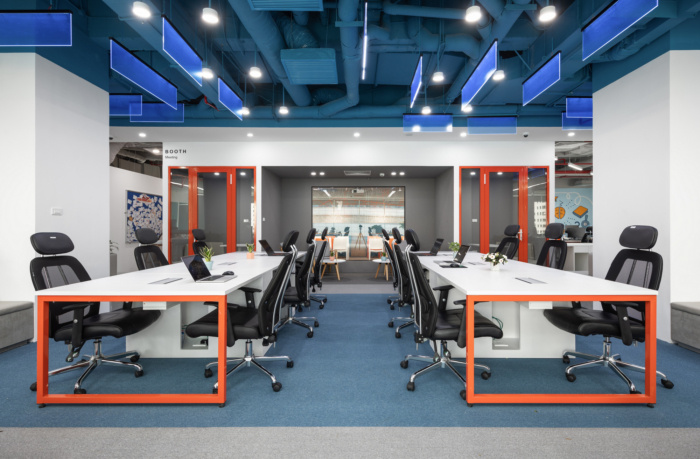 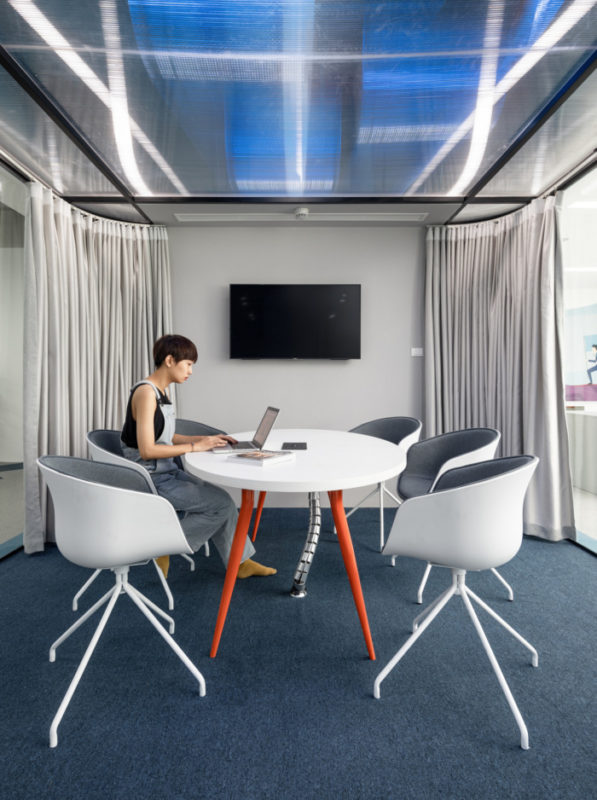 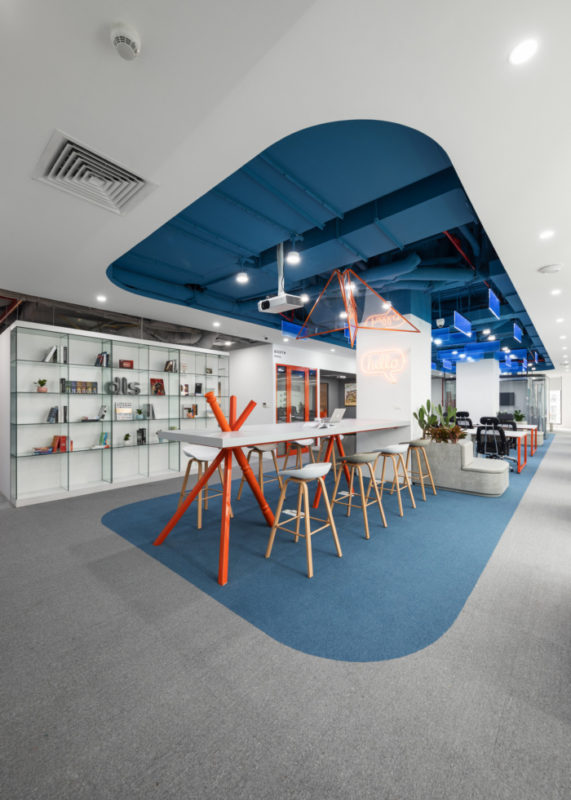 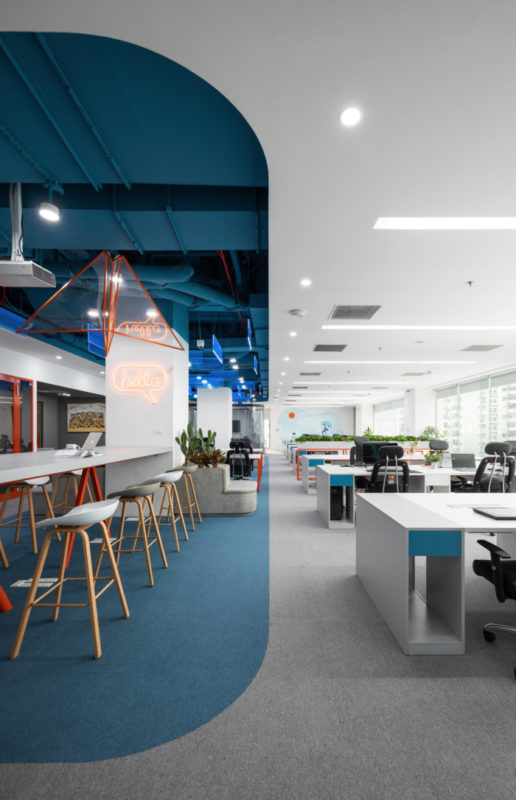 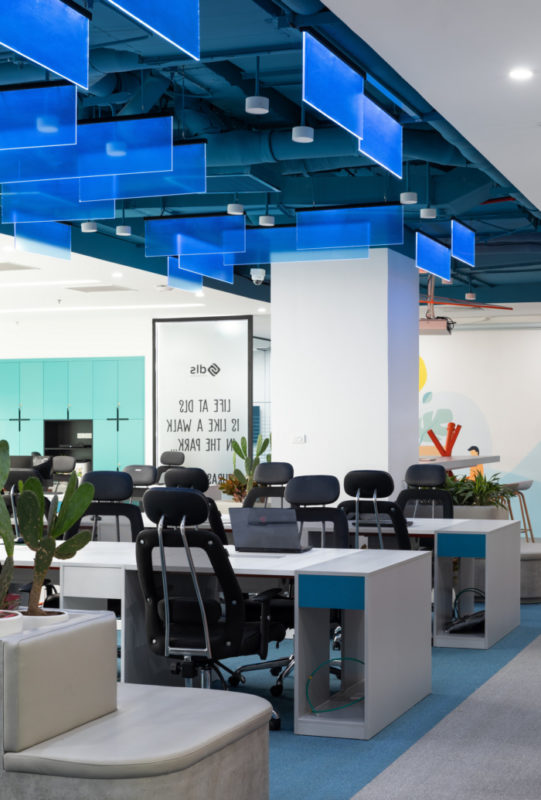 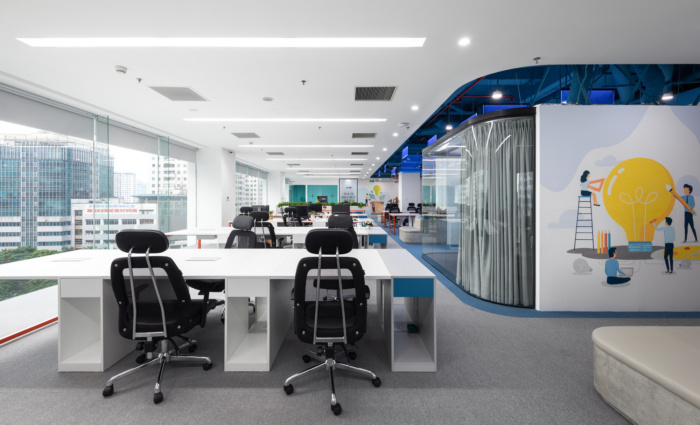 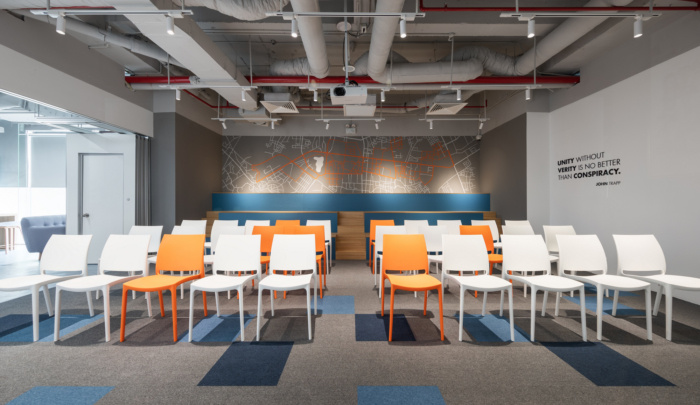 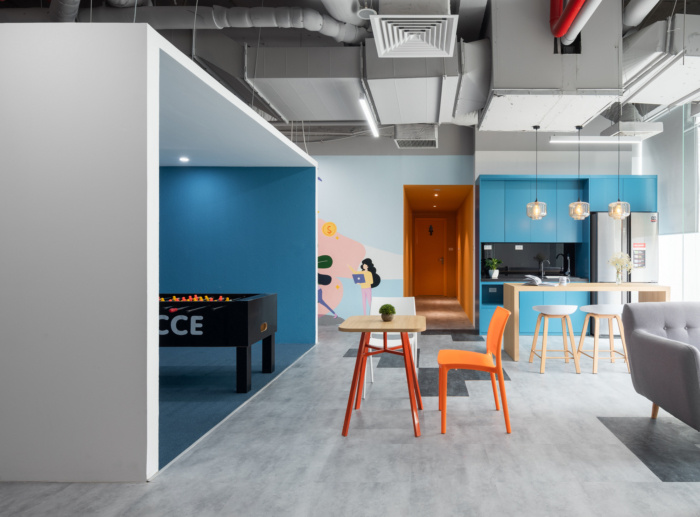 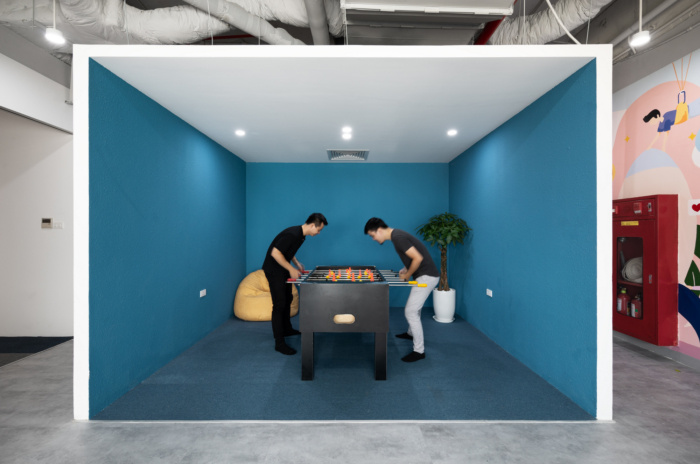 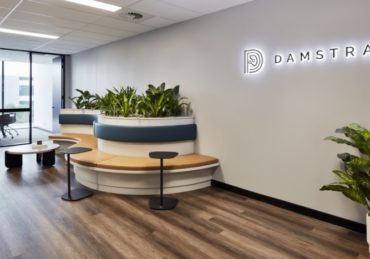 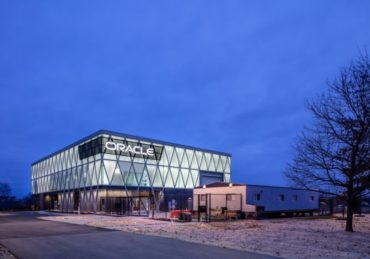 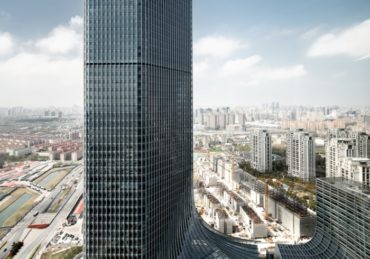