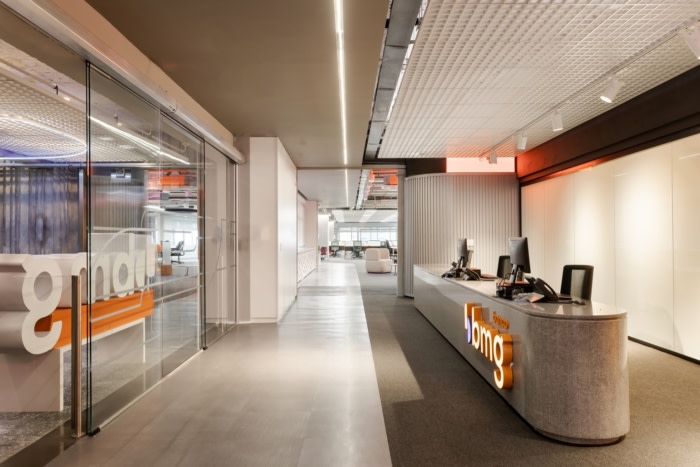 Perkins&Will worked to design a space for the future of banking at the BMG Bank offices in São Paulo, Brazil.

In an area of almost 4,000 m², an open space configuration encourages employee interaction.

The integration of environments illustrates the moment of transformation that the bank is going through and, for that, it was necessary to break down walls – literally and figuratively. In staff areas, the number of traditional workstations has decreased, and the focus has shifted towards collaborative areas.

Some original features of the iconic, brutalist architecture building, built in 1984, were maintained, creating balance between industrial and modern styles. “The challenge was to combine features of the building to the client’s needs. We took an area with a lot of concrete and transformed it into a more high-tech model. This combination brings its own identity to the project”, he assesses.

In addition to hybrid spaces, which can be transformed as needed, the reinterpretation of the office also appears in flexible furniture. Another important feature of the project, which reinforces the bank’s concern with inclusion and diversity, was the creation of gender-free bathrooms. “They insisted on the gender-free toilet. The bank is very concerned about diversity and representativeness”, emphasizes Vidal.

The digital presence appears in the entrance hall, where two digital panels measuring 36 meters each cross the large auditorium and bring information to all employees. LED panels and a sensory light system complement the concept.

Finally, there is still an element created to encourage the health of employees, not only physical, but also mental. The presence of a running track measuring about 230 meters alludes to the urban concept and encourages people to move and thus get to know each other inside the office. On the ceiling, the idea is to make a flexible and seasonal art space, with drawings made by graffiti artists that change as if it were an exhibition, bringing urban art into the work environment. 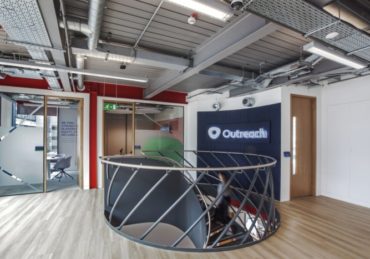 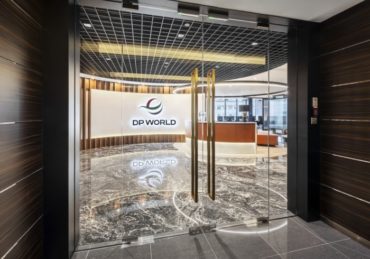 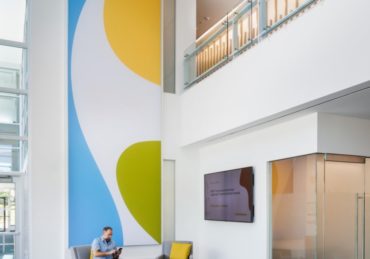